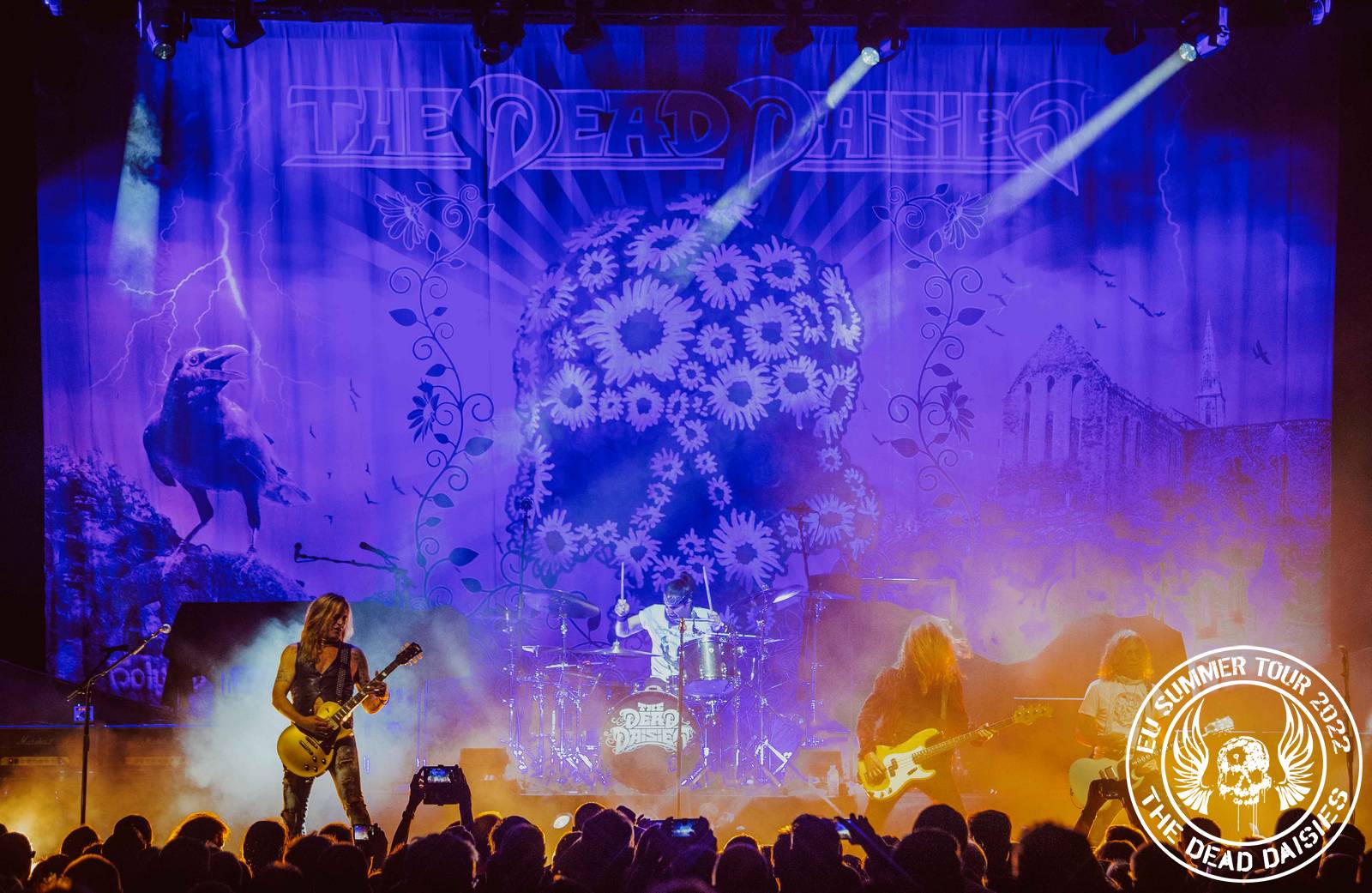 The band arrived in Frankfurt in the afternoon before travelling to Wetzlar for the third show of the tour and with Foreigner. The venue was the Buderus Arena packed full with over three thousand excited music fans.

As The Dead Daisies entered the stage, David Lowy fired out the unmistakable riff to ‘Long Way To Go’ and the band were off and running into a jam packed, thunderous set of rocking songs to get the night exploding into action.

The crowd were loud in showing their appreciation for Glenn, Doug, David and Brian as they wound their way through some big hitting songs. Everyone was singing along and punching the air in delight as the final number left the audience wanting more. Now for a couple of days off before the band heads to Berlin for the next show.