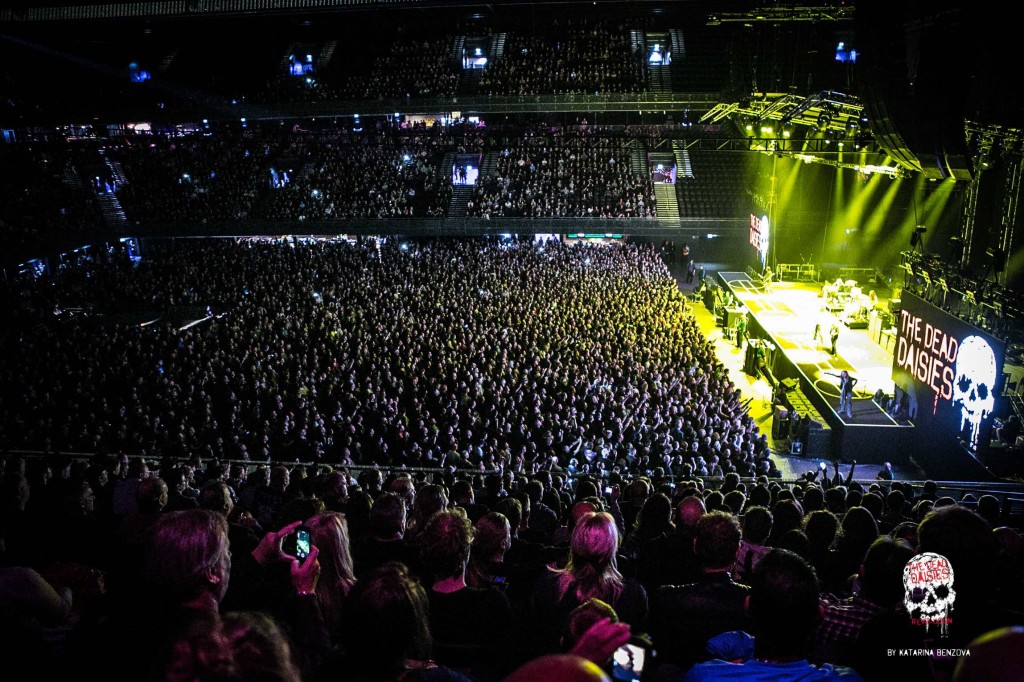 Amsterdam is a unique city in so many ways, from ‘coffee shops’ to the Red Light District, or even the bicycles which can be just as dangerous as cars! Just ask Dizzy!

So with all this and much more to discover, the boys in the band had plenty distractions before boarding the bus for the gig at 3.30pm.

The Ziggo Dome is a huge arena that holds over 15,000 people and it was full to brim on the night.

After the usual hanging around and waiting, ‘showtime’ (as Marco Mendoza says in his cartoon Mexican accent) arrived. The band trooped up the stairs to the stage bumping their AC/DC soundtrack before firing on all cylinders in to a performance of ‘Mexico’.

Tonight, the band had the honour of being joined on-stage by one of the members of the original band that wrote and recorded ‘Midnight Moses’. From The Sensational Alex Harvey Band and also of Michael Scheckner fame, Scotsman Chris Glen played bass with the guys while Marco shook his tambourine.

The boys rocked a full 45 minute set with a combination of new and old Daisies songs as we’ll as some well known covers like Deep Purple‘s ‘Hush’ and The Beatles ‘Helter Skelter’ thrown in.

Next up Graspop Metal Meeting! 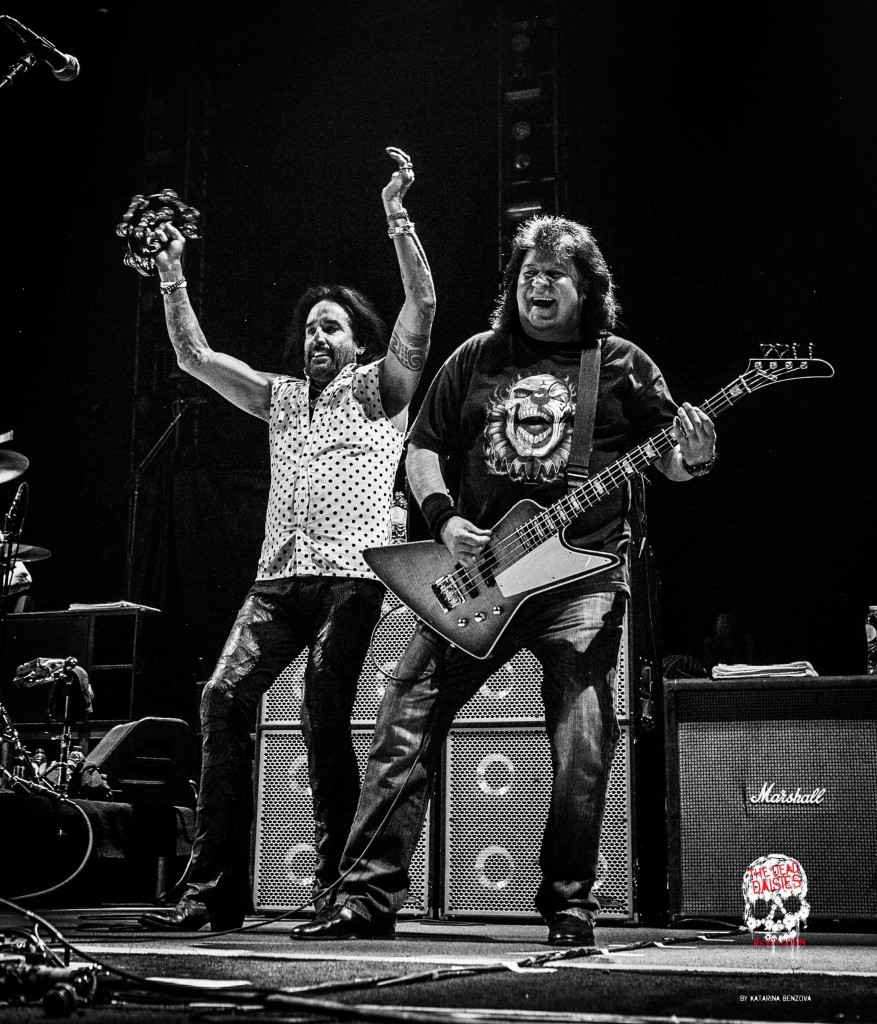 Share on FacebookTweet
DekiAmsterdam rocked by The Daisies and their guest Chris Glen from Alex Harvey Band06.19.2015