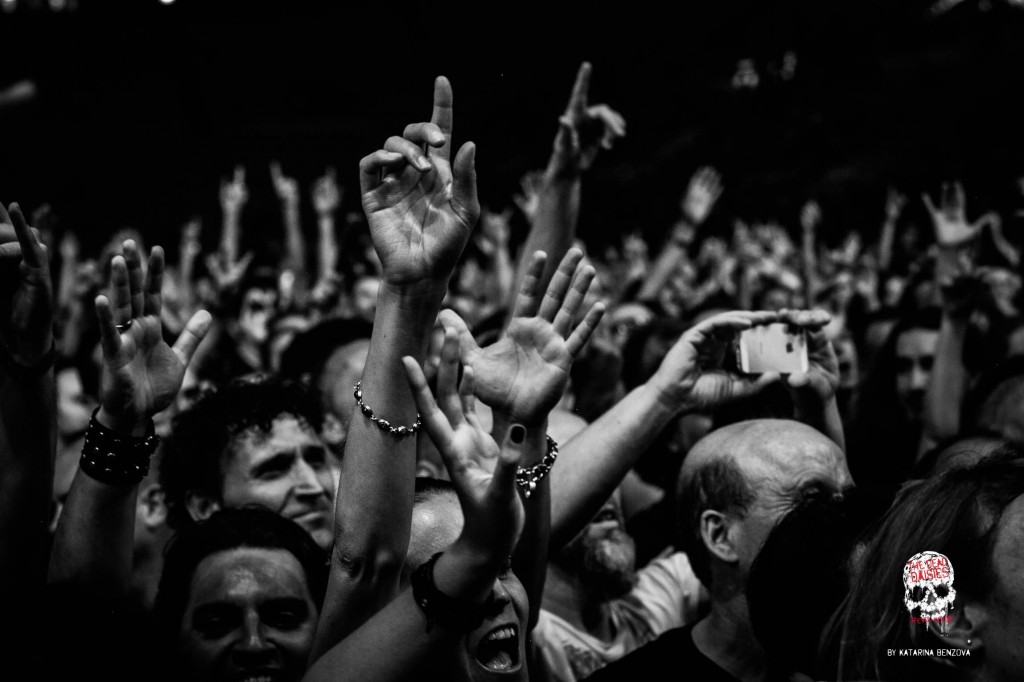 The Daisies have just completed an impressive European tour with KISS on the latest leg of their 40th Anniversary World Tour. Along the way, they left a pile of fans in their wake with monster sets at the largest rock festivals in Europe including Download (UK), Rockavaria (Germany), Graspop Metal Meeting (Belgium) and more. Kerrang! Was on hand and observed, “Sunday morning at Donington Park is rarely the most energetic of moments but The Dead Daisies all-star cast do a sterling job of banishing hangovers with slick-as-a-Vaselined-otter classic rock.” Witness the massive crowds and extensive video footage at the band’s website.

Following their massive success in Europe, The Daisies are excited to announce a run of UK shows and a special performance in Paris, France. The tour kicks off on Nov 27th in Paris, after a whirlwind media tour and show with KISS at Le Zenith left the Parisians wanting more. The band then heads to South Wales on December 4th to play the 3rd annual Planet Rockstock. The Daisies will be playing alongside rockers The Darkness and Danko Jones, amongst others at the 3 day festival of live rock ‘n’ roll hosted by Planet Rock radio. The band will be doing a special signing for the fans after each and every show so be sure to come along and say hi.

“Been enjoying The UK Fans for a quite a few years now” says bassist Marco Mendoza. “I have a strong connection with the UK having been there with many different projects for quite a few years. This time I’m especially excited to come to the UK with The Dead Daisies in support of our new release ‘Revolución’, I know it’s going to be GREAT!!!, CAN’T WAIT!!!”

The UK & France tour will come off the heels of a follow up European tour as special guests to iconic rockers David Coverdale and Whitesnake on their Purple Tour.

“We destroyed Europe” proclaims singer John Corabi. “It’s awesome, we are bringing the Revolución back to the UK.” Keyboard player Dizzy Reed proclaimed “As always, the Europeans put the fan in fantastic. Always great.”

Their new album Revolución, was released in June with critical acclaim across Europe, scoring 9 /10 in Classic Rock (Germany), as well as high praise from Classic Rock Magazine (UK,) Aardschock in Holland, and Hardforce in France amongst others. The first single from the album is “Mexico” and now just released is a Paul Boyd directed video, shot in the infamous Jumbo’s Clown Room neo-burlesque club in Los Angeles, California. View/Share the video here: https://youtu.be/5oPNwmfYTzI

To celebrate the single “Mexico” The Dead Daisies in association with Classic Rock Magazine are currently running a competition to win an all-inclusive holiday in Mexico. Time is running out… click for a chance to enter.

About The Dead Daisies:

Influenced by 70’s and early 80’s hard rock, The Dead Daisies sound is soulful and accessible-equal parts The Faces, Bad Company and Foreigner: muscular vocals, bluesy riffs, big choruses, powerful melodies and strong hooks. With stellar musicianship and pulverising live shows, fans across the globe are discovering the band that is bringing back Rock & Roll!