Almost one year ago, Australian rock legend Chrissy Amphlett, of the infamous band The Divinyls, passed away following her battle with breast cancer at the age of 53.  Chrissy was passionate about spreading awareness around the importance of early detection of breast cancer and wanted her song ‘I Touch Myself’ to become an anthem for women’s health around the world. As a tribute, Chrissy’s family & friends and Cancer Council NSW have come together to turn her divine dream into reality by launching the I Touch Myself Project.

A music video has launched featuring  leading female artists – Olivia Newton John, Megan Washington, Sarah McLeod, Katie Noonan, Sarah Blasko,  Suze DeMarchi, Deborah Conway, Kate Ceberano, Little Pattie and Connie Mitchell – in a tender rendition of Chrissy’s song. Marking the first anniversary of Chrissy’s passing on 21st April 2014, the campaign will ask women to ‘touch themselves’, reminding them to get to know the look and feel of their breasts.

The I Touch Myself Project shares Chrissy’s worldwide hit song of the same name as a way of reminding women to be in touch with their bodies and, if something’s not right, see their doctor. 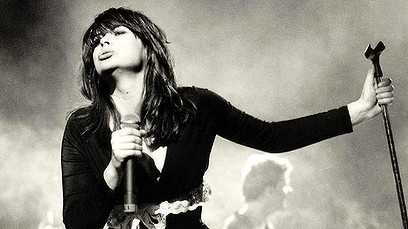