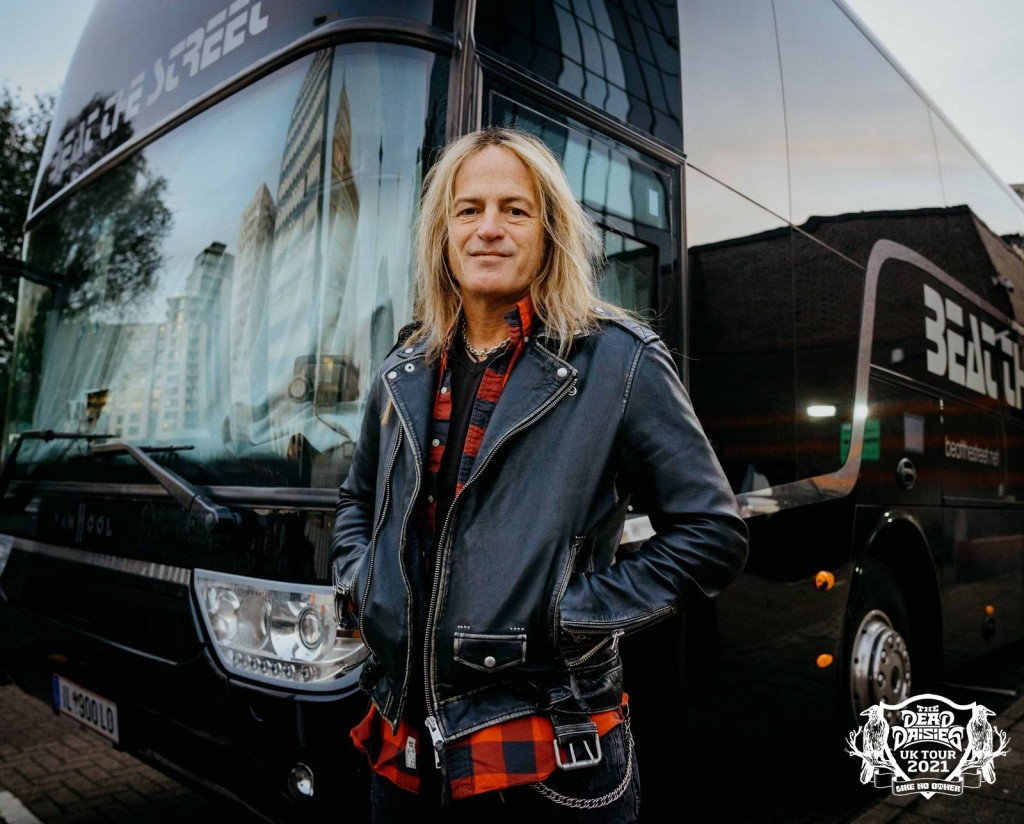 The boys have arrived in Birmingham ahead of their first show in the UK since December 2018, just short of three years ago! This will be a baptism of fire for Glenn as he grew up and started his music career in the Birmingham area. Doug, glad to be back on UK soil, took a wander around the streets visiting the ‘Black Sabbath’ Bridge at the canal, a dedicated acknowledgement of one of the biggest bands ever to come from the city, and known to be the founders of Heavy Metal. The streets were bustling with Halloween decorations which are celebrated this weekend and crowds were out early already enjoying themselves. After going for a pint in a local bar, Doug checked out the new tour bus before heading back to his room for an early night and to get ready for the first show!