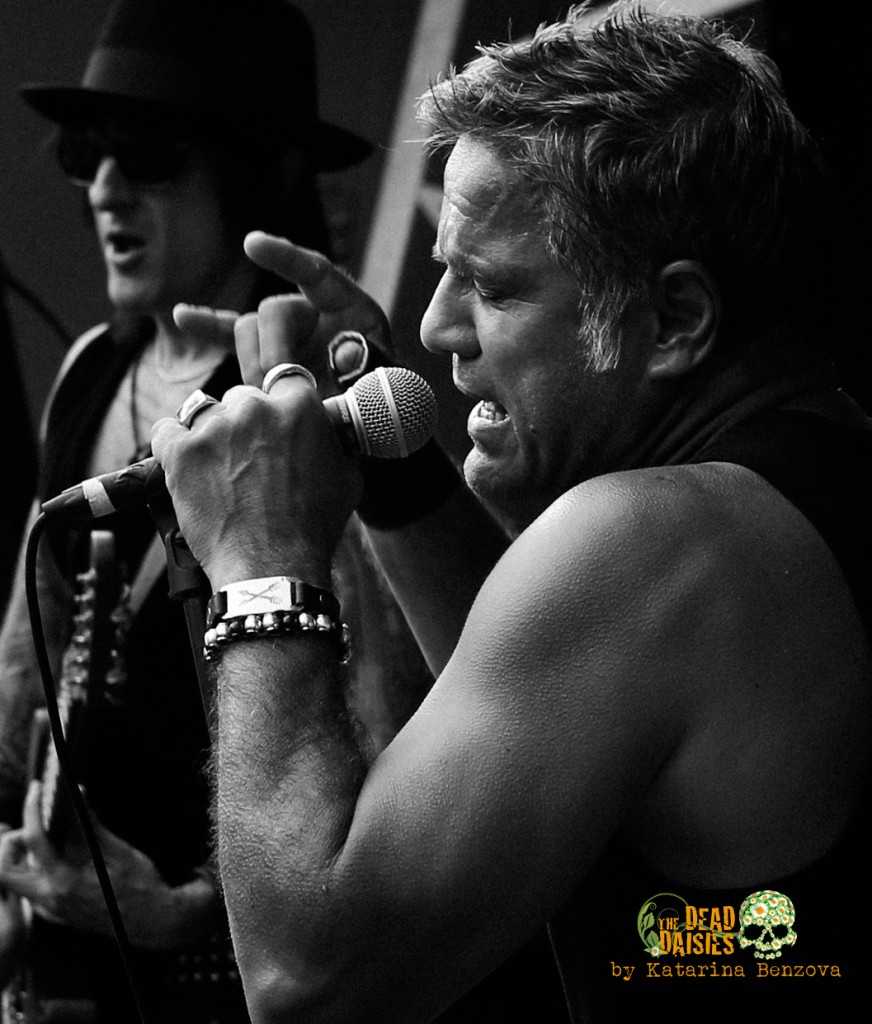 “Uproar, however, was definitely a show for rock fans, definitely the most diverse and arguably the best of the summer’s heavy music touring festival packages. The nearly nine-hour show packed combined heritage star power with up-and-comers — in the same band in the case of “supergroups” Walking Papers and Dead Daisies, both of which released their debut albums this month.

The Dead Daisies — with remaining GNR keyboardist Dizzy Reed — played a hard-hitting half-hour of its own, made all the more dramatic since Australian singer Jon Stevens, hopped around the stage “like a (expletive) kangaroo” because of a recently broken leg. He spent much of the set in a chair, but the group — whose other members hail from nine inch nails, Whitesnake, Thin Lizzy and Ted Nugent’s band — kept the crowd moving to debut album songs such as “Lock’N’Load” and “Miles in Front of Me,” plus a cover of the Bealtes’ “Helter Skelter.” – Gary Graff, The Oakland Press