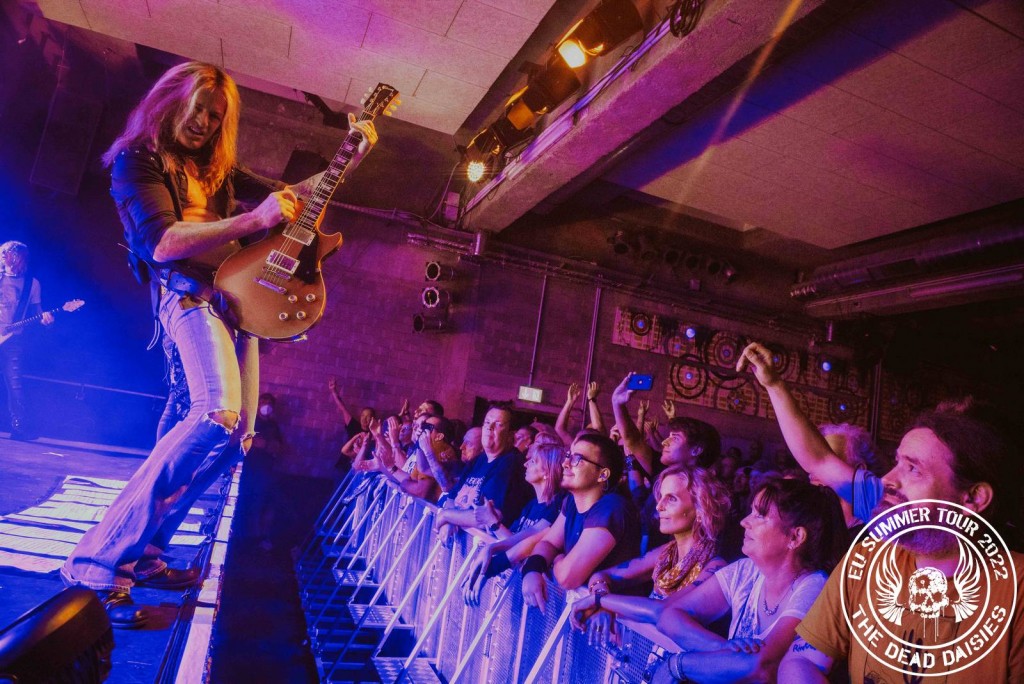 This EU Tour has been pretty eventful, playing some amazing arenas with Judas Priest, the first European shows in four years, great times with Foreigner, Whitesnake gigs cancelled, missing Hellfest and Graspop during to the dreaded Covid and Glenn catching it as the finish line came in to sight. You could write a book about this tour finishing with a surprise chapter that included young rising star Dino Jelusick on vocals. Tonight would be the final headline show, back in Germany at Substage in Karlsruhe.

After the atmospheric opening with thunder, lights and crows, the band headed by Doug and David kicked in with ‘Long Way to Go’! As Dino entered the stage, you can see he had his confidence and swagger, blending in with the band like he had been there for a while.

Tichy took his turn on lead vocals tonight, unleashing a monster vocal on the classic ‘American Band’, while the band continued to fire out a healthy set of loud, powerful hits with ‘Unspoken’, ‘Rise Up’ and a beast of a rendition of ‘Midnight Moses’. The band continue on with a few more Judas Priest shows before heading home. Tonight is now part of Daisies history, and it’s a great entry into the book that holds all the facts about this great Rock n’ Roll band.