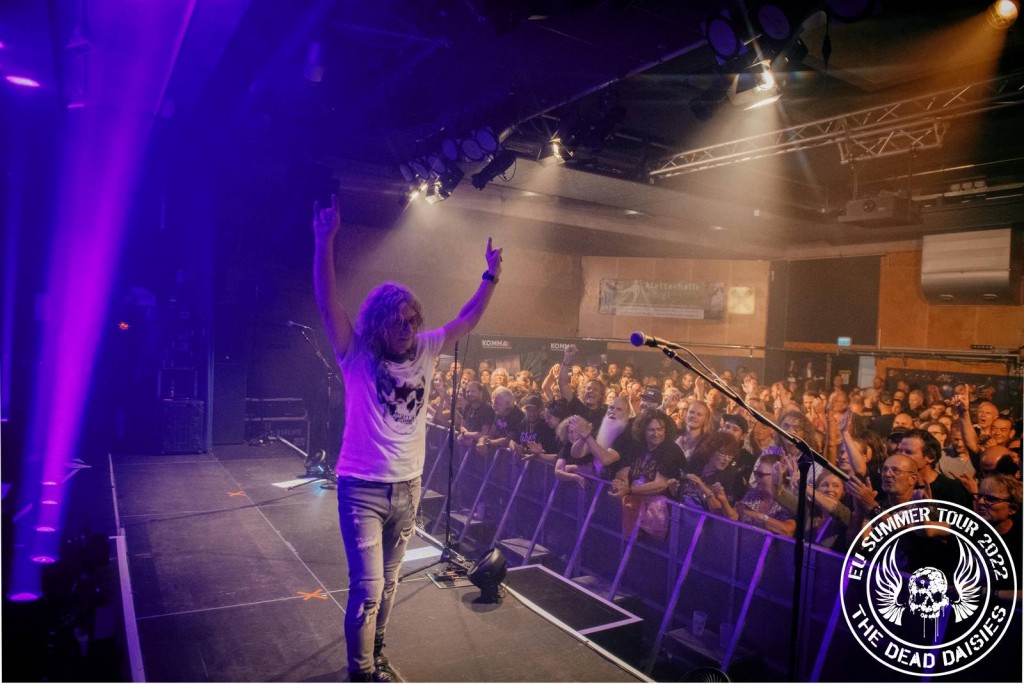 After a triumphant headline show in Dornbirn last night, the band headed for their second headline show in Austria at the city of Woergl situated not far from the German border. The band once again had a chance to have a quick look around the local area.

Arriving after 7pm, the band jammed backstage, running through ‘Bustle and Flow’ and warming up for the evening’s performance. At 9pm, the house lights went down at Komma, tonight’s venue, and the packed audience cheered in anticipation of what they were about to witness.

They were not disappointed. Like the loudest raging storm that the crowd have ever witnessed, The Dead Daisies burst onto the stage with a collection of thunderous tracks like the new single ‘Radiance’ and recent monster tracks like ‘Unspoken’ and ‘Like No Other’. Once again, Brian Tichy brought his own storm in the shape of a massive, crashing drum solo, interacting with the audience throughout. As the last note rang out, the band left the stage both ecstatic and exhausted after another triumphant night!