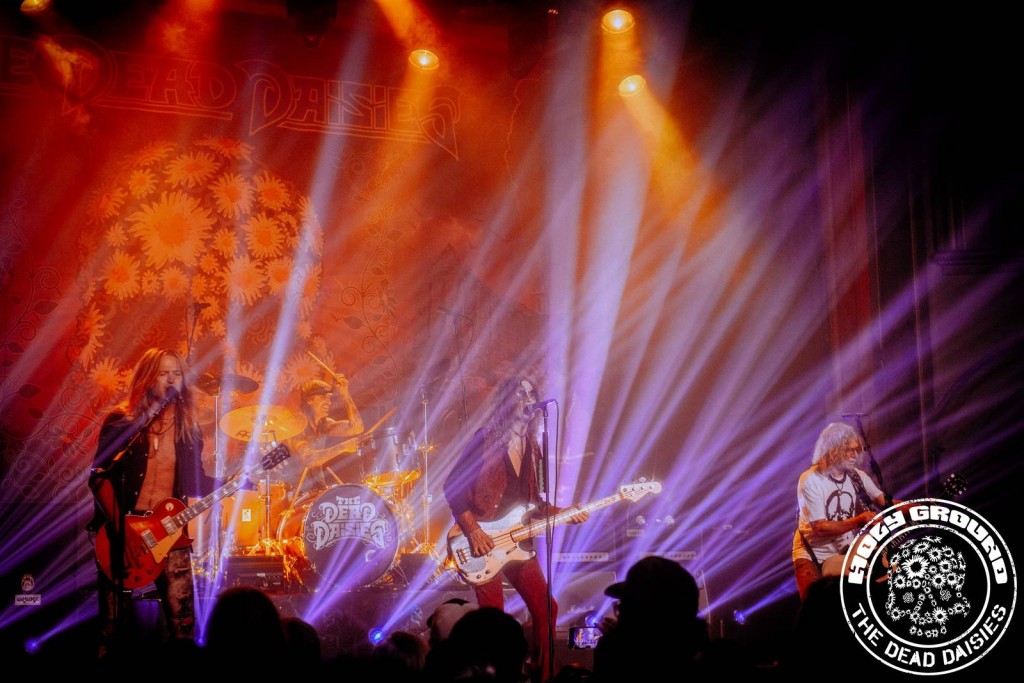 The final night of the tour had arrived, and what better place to play out the tour than the beautiful Neptune Theater in the heart of the Emerald City, Seattle. With an explosion of bands in the early 90’s that created a worldwide phenomenon, Seattle really made its mark as a music city after that and tonight, it was The Dead Daisies turn to become part of that even for just one night. As The Black Moods warmed up the crowd on their closing set for this tour, they in return were given a warm reception and everyone was ready for the final 23021 US performance of the Daisies. The house lights went down, the rumbling and dark intro music shook the speakers as the band came on-stage and hit the opening chords of ‘Unspoken’. A full onslaught of big guitar chord attacks, deep shaking bass guitar, crashing and thunderous drums and a soaring voice over everything forming into a collection of great Rock music for the next two hours had the crowd on their feet throughout. Touching on the past with ‘Midnight Moses’, ‘Mexico’ and ‘Dead and Gone’ and hitting the present with ‘Holy Ground’, ‘Bustle and Flow’ and ‘My Fate’ to name only a handful, Seattle was well and truly rocked and the tour finished on a loud, explosive high! Next up, the ‘Like No Other’ Tour lands in the UK!