IT’S ONLY ROCK AND ROLL… BUT WE LIKE IT! 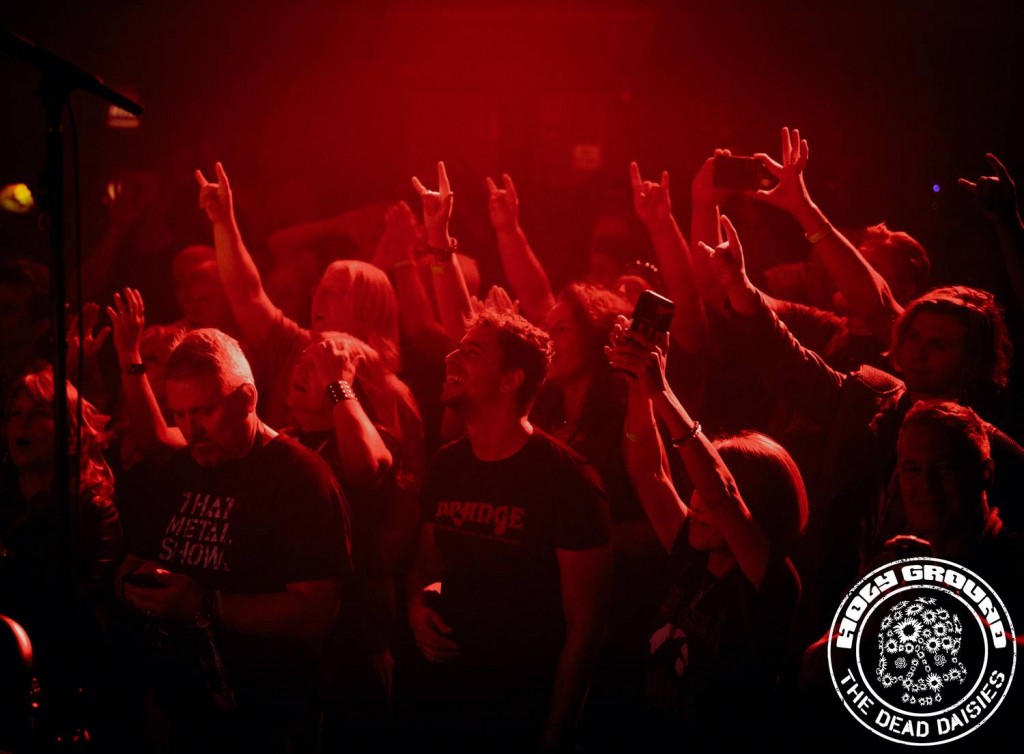 Next stop on the tour was Sauget, Illinois. A few wonderful and exotic pronunciations of the latest city on the tour was a topic of conversation on the ten minute drive across state lines to the venue (actual pronunciation SOGET) where the band were playing an equally fun named venue called ‘Pops’! Based in St Louis, Missouri which lies adjacent to Illinois, the band were sharing a hotel with the Rolling Stones who were kicking off their latest stadium tour in the city. Stones bassist Darryl Jones did a brief stint with the band in the UK in 2013 and returned in 2015 for the trip to Cuba along with backing singer Bernard Fowler. As the Daisies make their way across the US, they continue to pick up more and more fans both young and old who love the classic 70’s vibe that the band brings. Standards like ‘Fortunate Son’ and ‘Burn’ along with the originals in the set were warmly received by the audience in the busy venue which lies in an industrial part of town next to factories and the railway track, all the ingredients to write a great rock song! Next stop is Dallas for the start of a short run of shows in Texas.