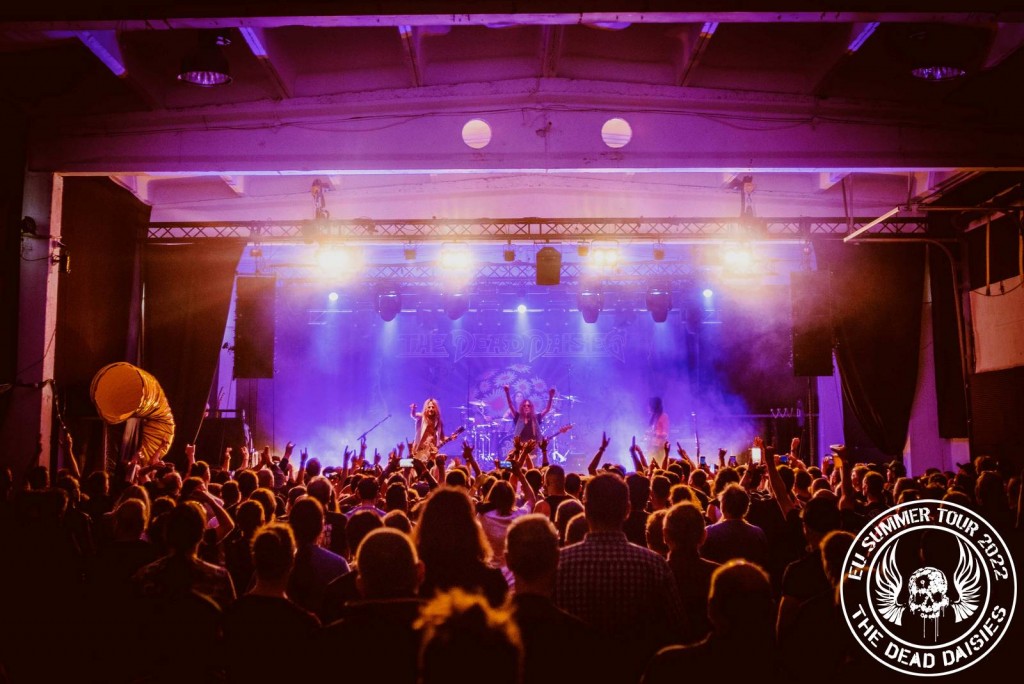 After completing a massively successful show at the masters of Rock Festival in Czech Republic, the band headed overnight to Krakow Poland where the next headline show was taking place.

The band spent the day resting and relaxing and taking a wander around Krakow, trying out the local Starbucks before getting ready for the show.

The venue, Hype Park, was packed thick with Polish Rockers eager to see the band since they last played the country in 2018. As the intro music seeped through the speakers like a ghost about to haunt its victims, a sudden explosion of guitars heralded the arrival of the band on stage. Erupting into a full headline set that included ‘Dead and Gone’ as well as brand new single ‘Shine On’ which just came out on Friday, the crowd gave their seal of approval with a loud cheer. From start to finish, the concert goers were equally exhausted as the band with the performance because they sang, cheered, clapped, punched the air and raised their arms in delight at the dynamic Rock show being played out in front of them. The band could have played all night with the reactions, but there was the small matter of traveling to the next city. Next up is Budapest on Monday with the mighty Judas Priest.