“The Dead Daisies may be a band moniker that’s still somewhat fresh to you, but you’re likely familiar with the members. Fronted by one-time INXS vocalist Jon Stevens, the band also currently includes members of Guns N’ Roses (Richard Fortus and Dizzy Reed), Thin Lizzy (Marco Mendoza), Whitesnake (Brian Tichy) and Mink (David Lowy). Having toured as part of the Uproar Festival and released a self-titled album in 2013, the band is now turning their attention to new music with an EP titled ‘Face I Love.’

Loudwire had a chance to speak with The Dead Daisies guitarist Richard Fortus about the lure of the band for him, their upcoming album and touring plans and more. Check out our chat with Richard Fortus below.

Thanks! I’m really proud and excited about it. Thanks for listening to it.” – Loudwire

You can read the full article HERE 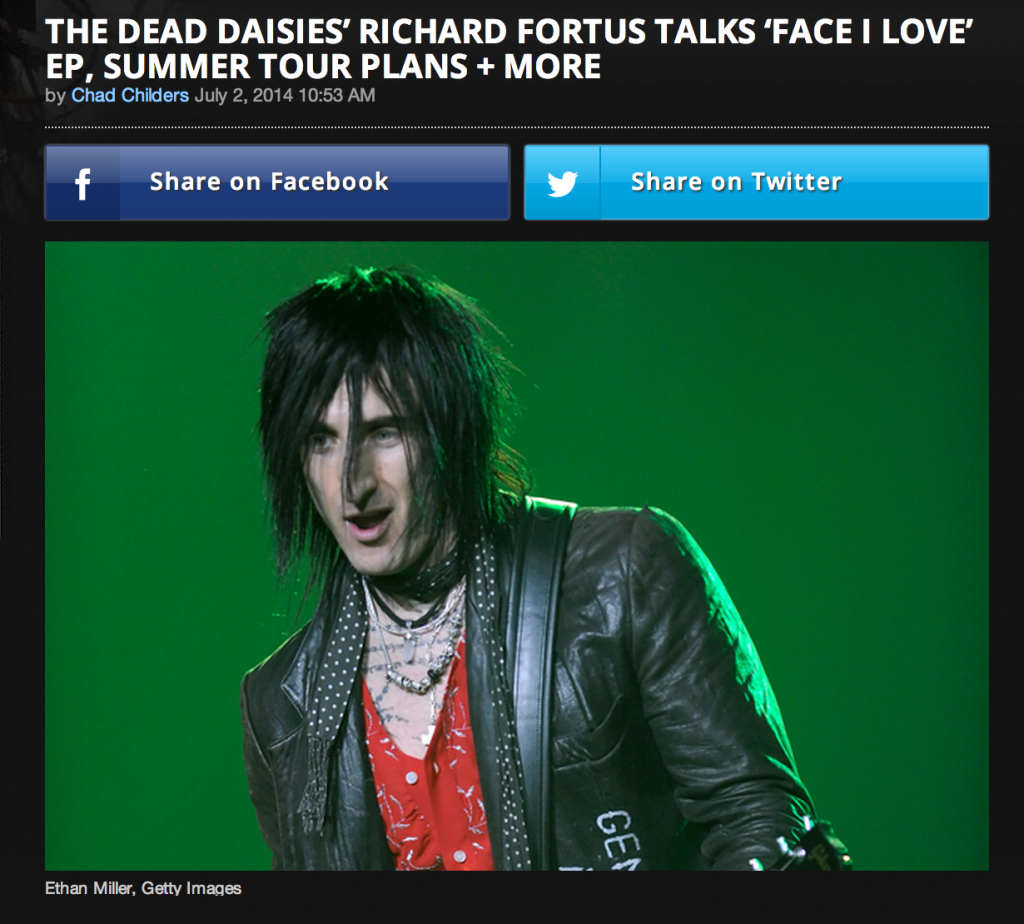