Revolución In Flight thanks to Qantas! 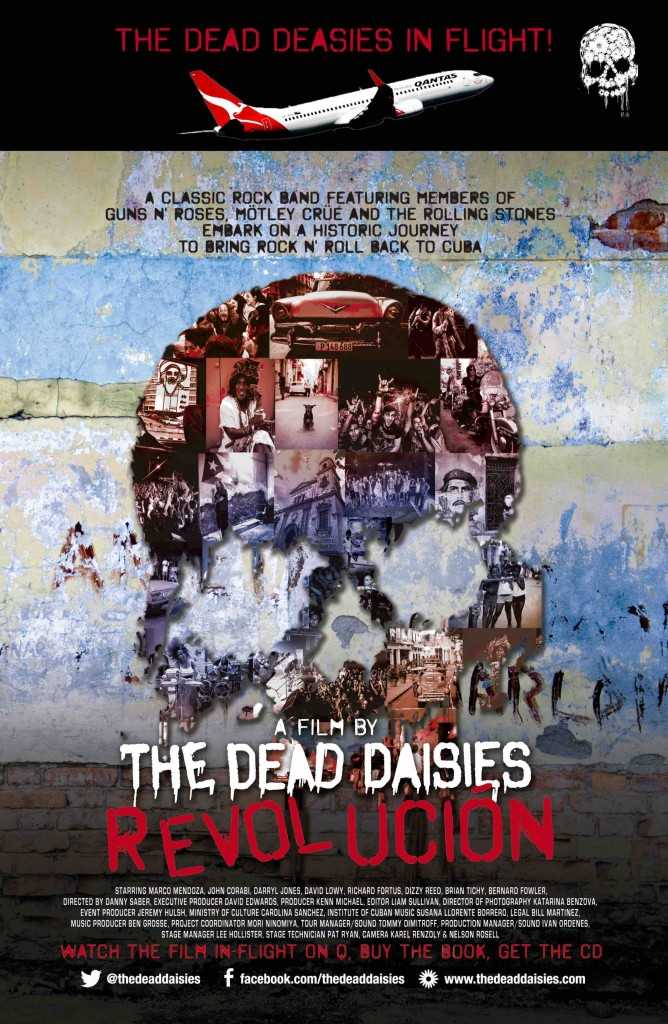 The Dead Daisies Revolución is taking flight, with the album available in Sept and documentary in October with Qantas In Flight entertainment. Qantas passengers will be able to rock out on all their flights listening to our album and watching our documentary!
The documentary  which was premiered world wide by Twitter last month (a first for Twitter), showcases the inspirational and cultural exchange that occurred between the Cuban government, the people of Cuba and The Dead Daisies in February, 2015.  Our tour of Cuba was the first for an international band since the Obama administration loosened travel and trade restrictions with the island country. Watch the documentary here.
Our album Revolución which is set to be released in Australia on Sept 18th has received much critical acclaim and can be pre-ordered here.

“The Dead Daisies, the all-star band of veteran rockers, gave their own rendering of ’70s FM radio bombast with a vigorous set that recalled the musical enormity of that time.”

“It’s great to hear a group of musical veterans largely known for their work with well established bands writing an album of powerful songs with an original group of their own.”

“The Dead Daisies sound is true to the Rock-n-Roll they have been crafting since the project came together.”

“The intimate evening quickly turned into a psychedelic assault wearing smiles on their faces… I’ve never been hit so hard with such charismatic energy painted in an array of color that could have easily filled a 70,000 seat arena.”

“Maybe it is the revolving door of this ‘musical collective’ that allows them to sound hungry as well as breathing fresh air into the lungs of Rock N’ Roll. This album is proof that Rock N’ Roll IS NOT dead despite what Gene $immon$ says.”

Share on FacebookTweet
DekiRevolución In Flight thanks to Qantas!09.07.2015