REVING IT UP AT BATTLEFIELD HARLEY DAVIDSON, GETTYSBURG, PA

Wednesday morning kicked off with another bus ride, checking out of the hotel and heading to Harrisburg for an appearance on WQXA FM to play acoustic numbers and doing an interview which would be aired at drive-time to promote the main event of the day, an exclusive performance at the Gettysburg ‘Battlefield Harley Davidson’ sales centre.

Battlefield is a heaven on earth for Harley Davidson enthusiasts with rows of cool, mean, rocking machines lined up and waiting for their potential new owners. The boys had a good look with their own wish-lists being made up for the future.

The Dead Daisies were here to promote the new album by giving a special showcase performance in the late afternoon to the many bikers and friends who had turned out including a few young rocker dudes who one day hope to have their own bike and their own rock band. With competitions, donations and a collection of great rock tunes, the band enjoyed some time with the audience before heading to their next destination. 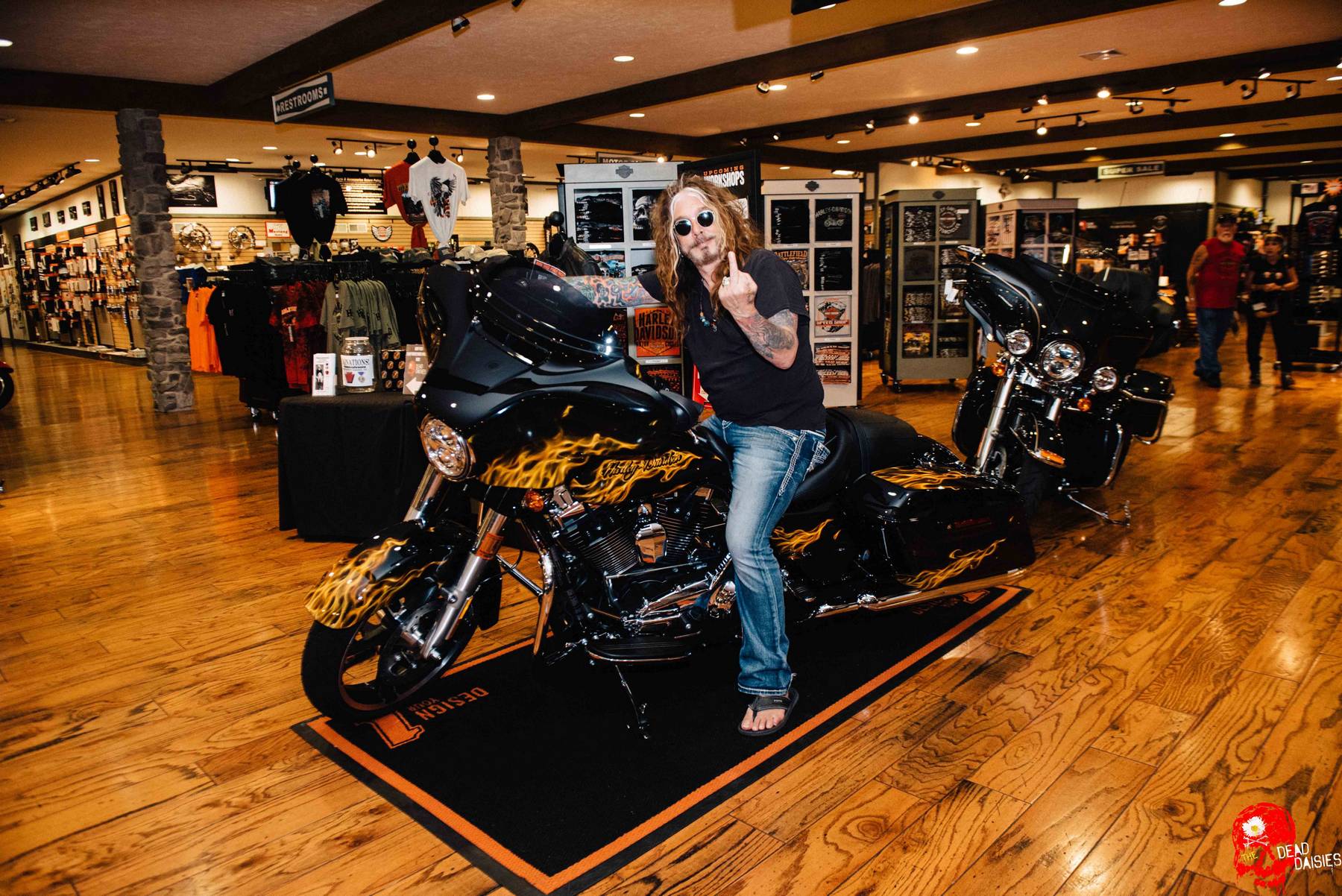 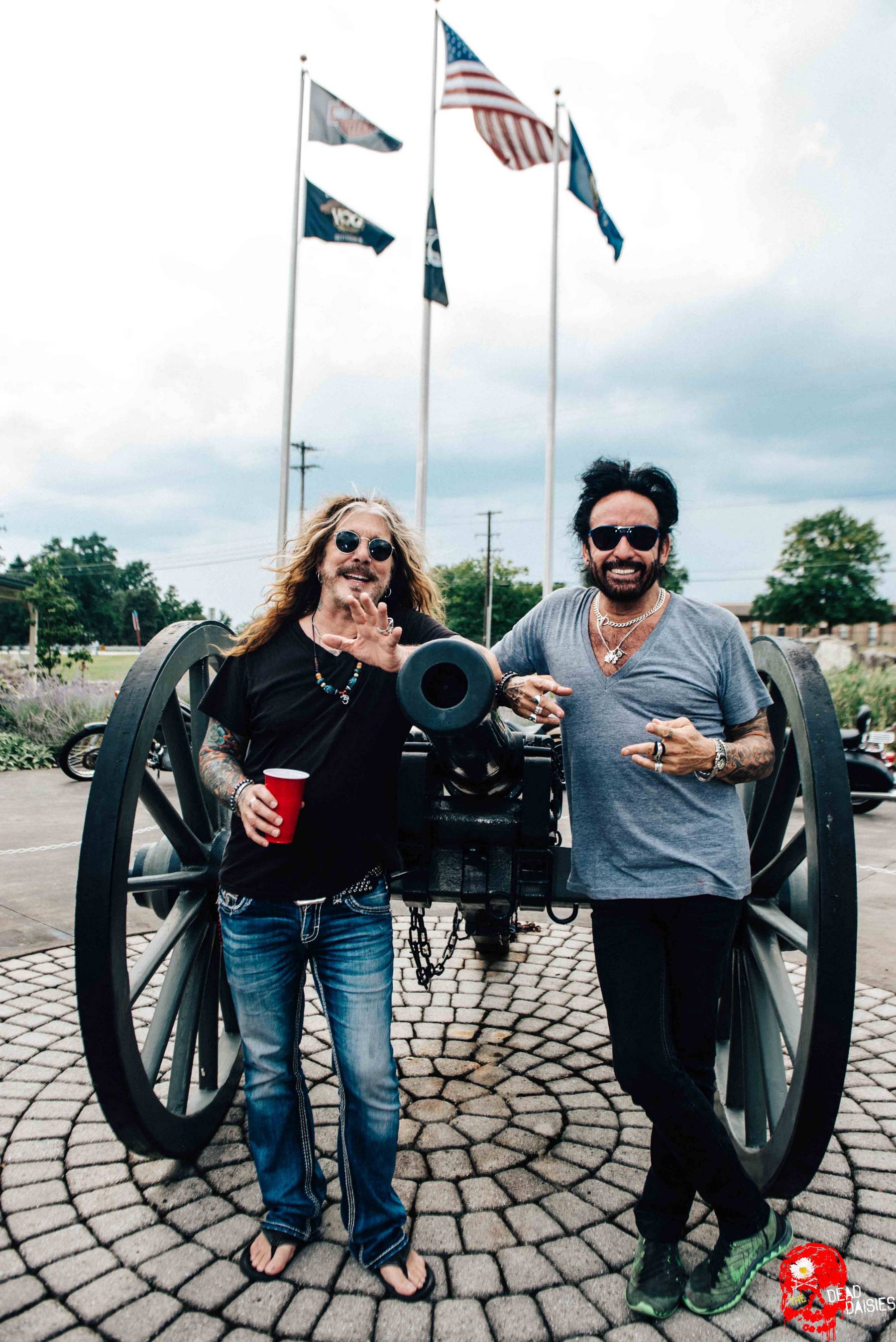 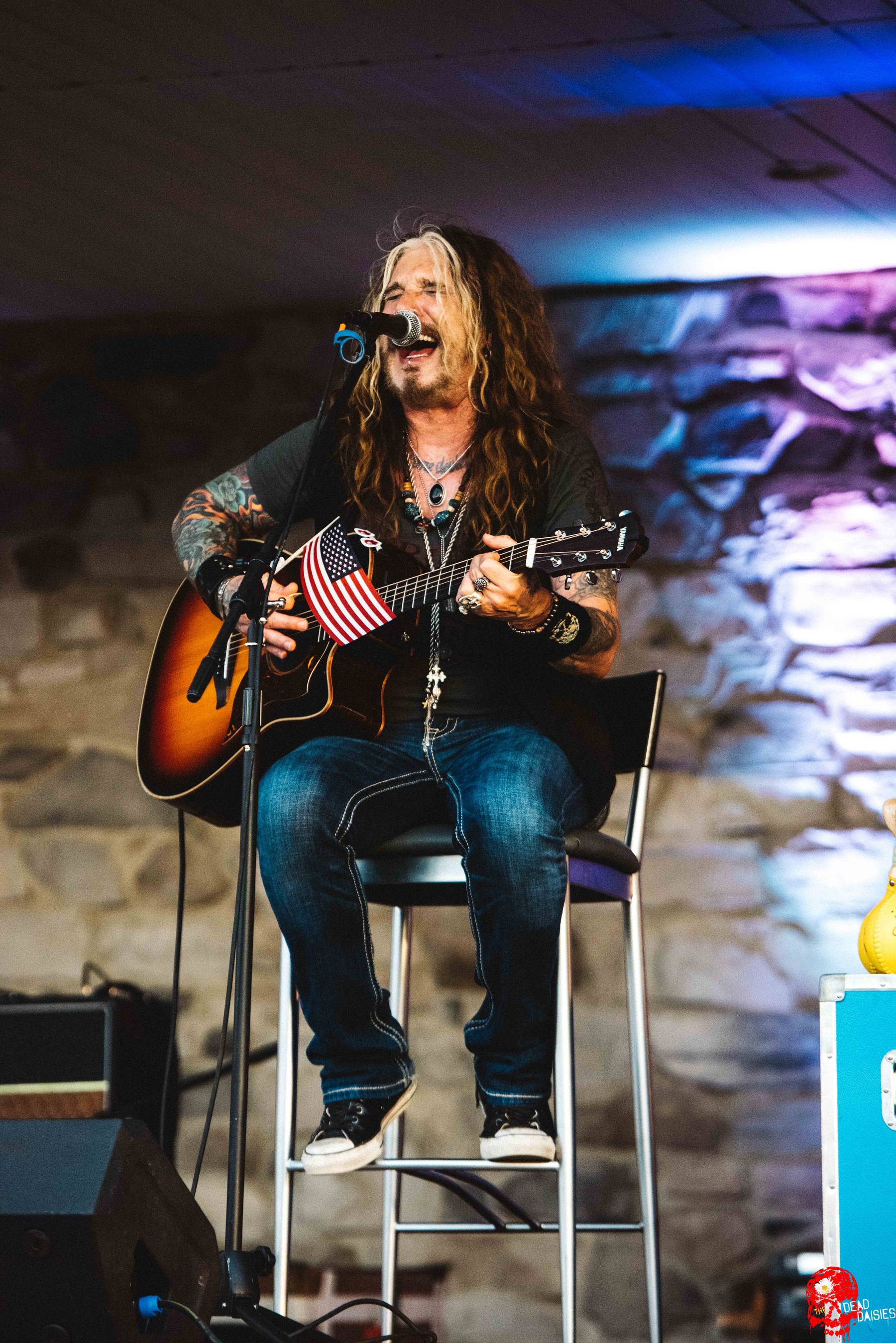 Share on FacebookTweet
DekiREVING IT UP AT BATTLEFIELD HARLEY DAVIDSON, GETTYSBURG, PA09.02.2016