YOU’VE GOT TO CHECK OUT THE VIDEOS BELOW!
WE HAVEN’T SEEN THEM IN A WHILE EITHER, THEY ARE AWESOME!
DEFINATELY WORTH A WATCH!

Back in February 2015, the Daisies got the chance to play some rock in Cuba and it proved a revelation. The revelation became a revolution as the boys started conceiving their next album. The passion they’d experienced in Cuba was confirmation – the world needs to be reminded that Rock music is alive and kicking and the band were going to deliver just that, an album of great rock Revolución! They even found time to record additional tracks for Revolución at Abdala recording studios with producer Ben Grosse (Marilyn Manson, Sevendust), who accompanied them on the journey.

March 2015, they entered holy ground – the prestigious Studios 301 in Sydney, Australia, totally pumped and focussed to start the writing process they couldn’t wait to get them laid down.

The first few days were spent bouncing around ideas and jamming. This would be the start of fragments of music which would begin to flow and eventually become the songs from the album like: ‘With You And I’, ‘Looking for the One’ ‘Devil out of Time’ and ‘Get Up, Get Ready’.

Tea, coffee, heaps of takeaway, Dizzy’s striped socks and private ‘ keys zone’ were never far from the song writing process. Richard was instrumental in the direction of some of the initial concepts. John brought some lyric ideas in and the process began.

The Buena Vista Social Club from Cuba, an ensemble originally put together in the 1990’s with Ry Cooder. They’ve toured the world playing music that originated in Cuba from the 1940’s. Buena Vista were in Sydney for some shows and so one afternoon the band took a break from the studio, and headed out for a trip around Sydney Harbour to see the sights of this famous city. Sailing under the Sydney Harbour Bridge and past the Opera House put everyone in a great mood and energised them to hit the studios the next morning.

Once the tracks were written in their basic form, it was time to enlist Australian co-producer Craig Porteils (Cher/Billy Idol/Richie Sambora/Fleetwood Mac) for the project. Jackie Barnes, son of legendary Australian front man Jimmy Barnes, also came into the studio to lay down the drum tracks. This proved to be a great choice as Jackie bought his own energy to the songs. Craig Porteils listened through to the basic tracks before going through each song with the band and finding where they could go and how they could each reach their full potential. The vibe in the studio was energetic and industrious, and everyone was working day and night to complete the tracks.

“We ended up coming into the studio.
Couldn’t stay away! The best way to spend
a day off, doing music!
Killer stuff!” – Marco.

The great thing about working to a time frame, is that there is no room to over think things, you go with your gut and each one of members brought something to the table that collectively gelled to make the album.

As it happens in the industry, Cold Chisel, were also recording their new album at 301 and in between takes they all hung out together. Jimmy brought in a couple of songs he had written for The Daisies to listen to. They all really liked ‘Empty Heart’, penned by Jimmy and guitarist Tommy Boyce (The Casanovas). One thing led to another, the next thing they were recording a duet… ‘Empty Heart‘ came to life. Featuring two legendary rock singers with soaring vocals, this new track fell fully into the Rock anthem category!

“Because we used Jackie Barnes (Jimmy’s Son) on drums for most of the tracks on Revolución, Jimmy was stopping by on occasion to check on our progress. He spoke with us one day and offered up a couple of tunes he thought we might like. After listening we all agreed on Empty Heart. We all thought it was just a great tune!!! David Lowy spoke with Jimmy, and told him we agreed on Empty Heart but, asked Jimmy if we did the song, would he sing on it with me? Jimmy agreed and we tracked it. Honestly, not being totally familiar with Jimmy’s career I didn’t know what to expect but, GOD, WHAT A VOICE!!!! I am honored to say I’ve sung with the man, and beyond his talents as a musician, he’s just a great dude to hang with!!!” – John Corabi

Behind every good album are the fans and The Dead Daisies always find new and innovative ways to include them. Triple M were playing tracks for the self titled album so it made sense for the management team to connect up and create a one off experience – a sneak peak into the recording process and to be the first to hear these band new tracks. Ten lucky winners met at the 301 Studios, hung with the band, listened to the new album and had a BBQ afterwards.

As the album was nearing the final stages the band were amazed as to how quickly it all came together. The process was organic and ‘in the moment’. Everything fell into place like a jigsaw, from the original concept ideas, to the lyrics, the melodies and the final completed songs.

“The good thing about not having that much time
is we have to trust our instincts and
we don’t have time to overthink things.
I’ve never done a record this quickly!” – Richard Fortus

Check this out! David has a great story about his12 string Rickenbacker guitar. Sitting in the studios jamming, he told the story of John Lennon’s signature being on the scratch plate. Thing was, he didn’t even know it!

“We will fix things that need to be fixed,
but for the most part we try to keep the live performance,
It’s also a time for experimenting
and trying new ideas.” – Richard Fortus

With the mixes complete and ready for mastering, the band made their way home before meeting once more for the next tour adventure.

“After finishing what is sounding a great album,
we are now excited about the prospect
of sharing the same stage
as the Mighty KISS on tour” – Marco

IF YOU WANT TO LISTEN TO REVOLUCION ON SPOTIFY LISTEN HERE 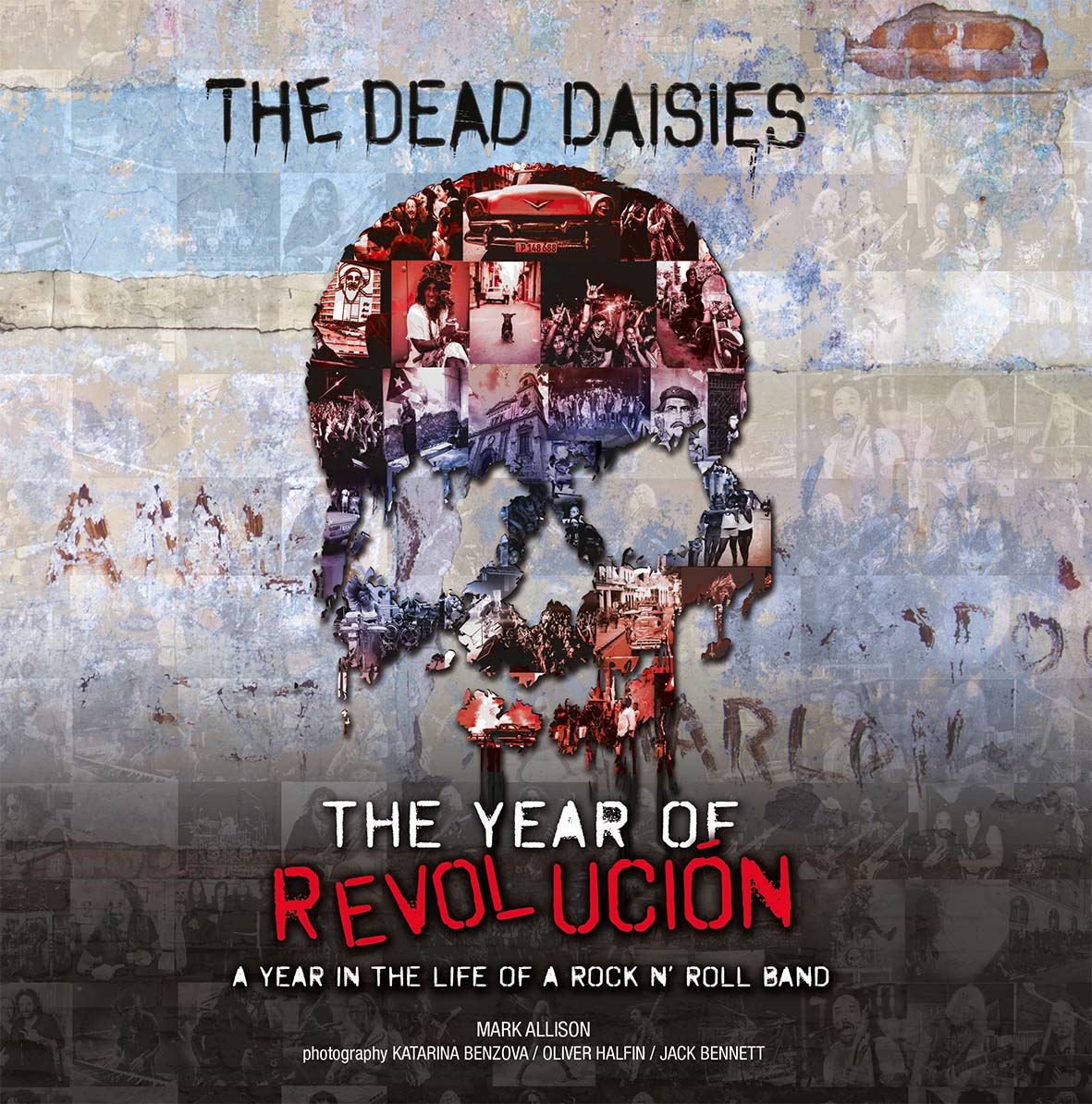