MUSIC IN THE MAKING 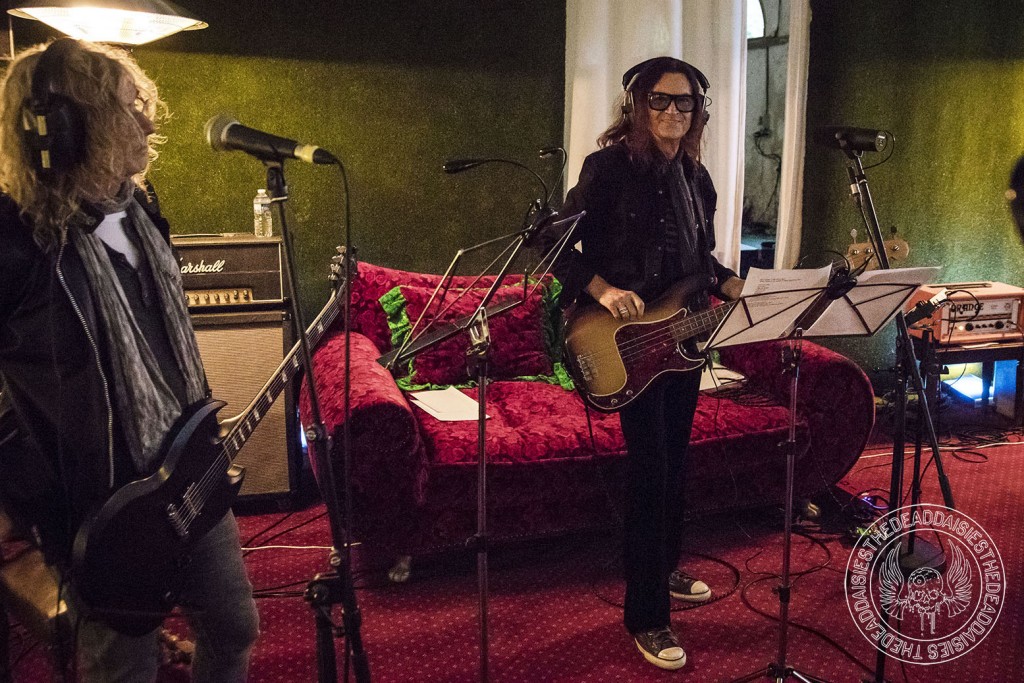 The sunshine returned today and it was enough to give a welcome boost to the guys as they headed for breakfast and planned their day ahead.

Today, like any other day this week has been intense and focused. Like a new house being built from the ground up, each song has come from a spark of an idea to a guitar riff, then the foundations have been laid down, and brick by brick they are becoming, bigger and louder under the watchful eye of the foreman, producer Ben Grosse.

Taking a break from the process, Glenn, Doug, Deen and David retreated to the garden for a discussion on the latest songs. The sight of four grown men sitting in a large field on a set of childrens playhouse chairs gave a humorous and light hearted reflection into some serious planning.

Five days in to the writing and recording, it’s really starting to take shape and forming a picture of how powerful this new music is going to be.

As with every evening the team are treated to some of the best French cuisine on offer by chefs Doug and Glen. No, Doug Aldrich and Glenn Hughes have not decided to take a change of career path into a culinary one, but their namesakes cook up a storm every night. The highlight today was the most delicious cheesecake ever tasted, it was simply off the scale. La Fabriques engineer Daniel celebrated his 40th birthday today, so what better way than to share it with The Dead Daisies.

As another day comes to an end, tomorrow will bring some more magic and memories as they inch closer to creating an amazing record.