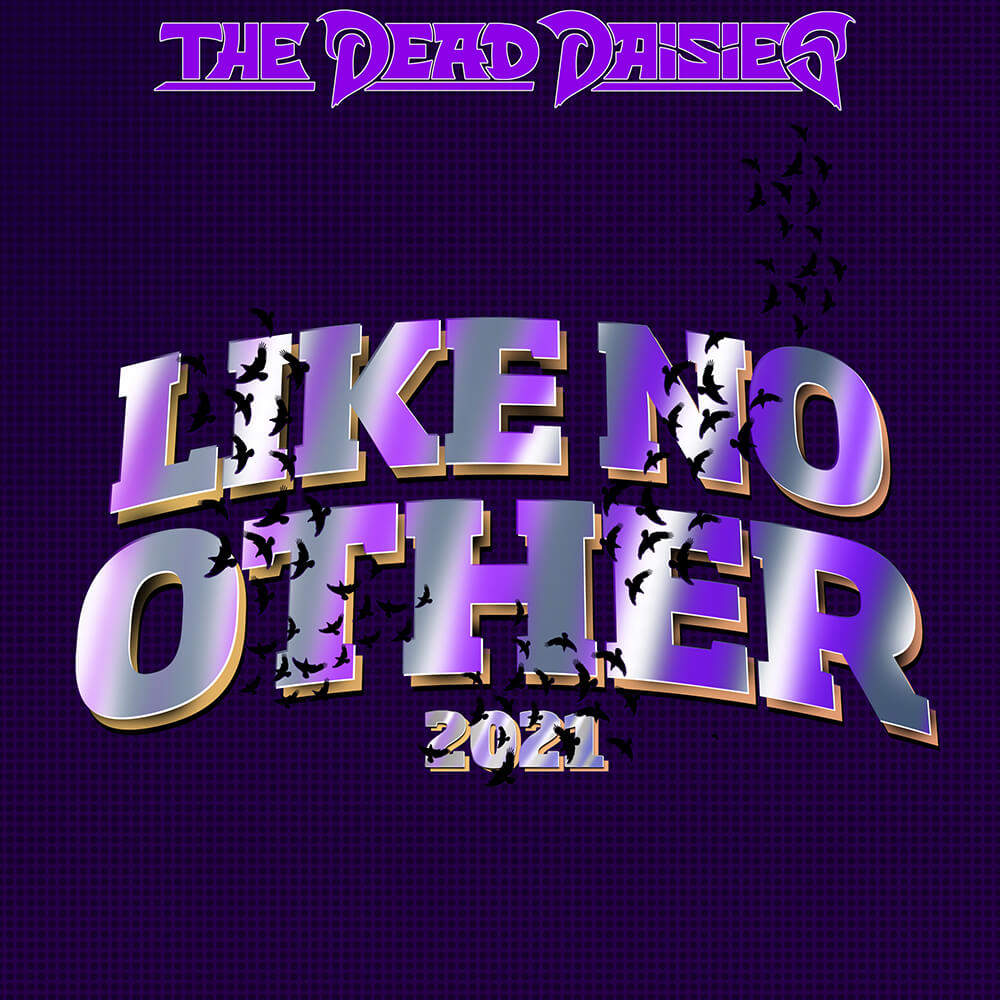 As the world slowly comes out of lockdown, rock group THE DEAD DAISIES today blasts out of the gates with a smorgasbord of treats for rock fans all over the world. Releasing their latest single and using Epic Games’ Unreal Engine (best known for the hit game Fortnite), the band worked with Creative Works London to create the video and its own mobile game DAISYS REVENGE. The Dead Daisies are taking it up a level at the intersection of the entertainment industry where rock music meets gaming.

Committed to making the music from their widely acclaimed, chart-storming album Holy Ground as accessible as possible throughout the pandemic, the band decided to cover every possible touchpoint with their music and the story of Daisy, their eponymous heroine.

Out today, the latest radio edit single featuring drummer Tommy Clufetos ‘Like No Other’, is the fifth to be released from the HOLY GROUND project. This is accompanied by a new video which continues the narrative of Daisy who starred in the video on one of their previous singles entitled ‘Bustle And Flow’.

That narrative continues with the launch of a rock-fuelled rapid-fire retro mobile game, Daisys Revenge, based on the popular ‘Duck Hunt’ console game of the 80s. The game follows Daisy on her quest through Daisyland and streams HOLY GROUND throughout, thrilling and challenging the player while they rock out!

The excitement doesn’t stop there with the same storyline featuring as part of the live shows with the first dates announced kicking off 23rd June in the US and more dates to be announced in the coming months as live shows return globally.

“The Dead Daisies are known for creating unique and engaging fan experiences” said rock impresario David Edwards, the band’s manager. “We like to innovate and connect with rock music fans on every level – we already have live podcasts, and a show on Monsters of Rock radio and now with the game and video we can further extend the music’s reach while keeping fans guessing what Daisy will do next.”

The Dead Daisies worked with London-based agency Creative Works, to develop this inventive way of creating new and meaningful connections with rock fans while they waited for live events to be rescheduled. Taking the graphics and narrative from The Dead Daisies chart topping music video ‘Bustle and Flow’, Daisys Revenge, a free to play mobile game, is a world-first for the music industry. Featuring supernatural heroine Daisy, it transforms the music’s video’s narrative into a high impact, fast-paced, loud and rocking, FPS game.

This ground-breaking multi-platform interconnecting narrative, first sees Daisy emerging from the Daisyland underworld in the Bustle and Flow music video. Then she dominates in the Daisys Revenge mobile game, setting player challenges in Daisyland, and her journey continues with The Dead Daisies latest single release ‘Like No Other’ where the story picks up, following Daisy who has travelled to the future to face a new enemy.

The catalyst for this pioneering approach came as a result of the global pandemic seeing the postponement of all of 2020’s live music tours. Live music shows are the lifeblood of the music circuit. Now, music fans and especially fans of The Dead Daisies, ‘one of the most exciting bands in modern rock’ have a concert in their pocket. And with the announcement of a raft of global tour dates set for the second half of 2021 The Dead Daisies music is now accessible on every platform: Live and Digital.

There is more to come: Daisys Revenge is the first of a series of planned media brands from The Dead Daisies. Talks are underway with major players to create DAISYLAND, the TV series.

Listen to the song and watch the video here:

Check out the mobile game here:

So, strap yourself in for this epic feast and Enjoy the ride!