Day 7 – UNTIL THE NEXT TIME 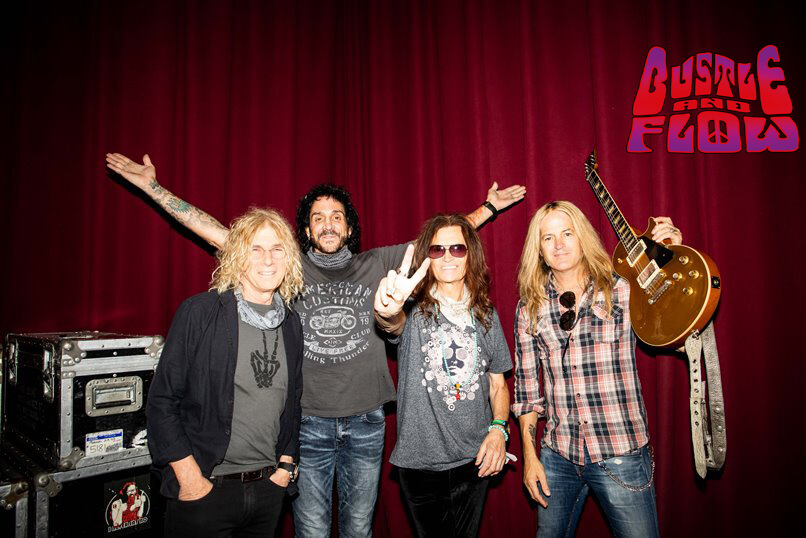 For the best part of this last week, the band have finally managed to gather in a room, plug in, turn the volume to max and rock the hell out of both old and new explosive material. It has been a long time coming, and just like that, the fun is over until the next jam which will hopefully be sooner rather than later. As the final day began, Doug arrived on his motorcycle and went straight into a Q&A with the rest of the band with questions coming in directly from Finland to Argentina and everywhere in between, it was awesome! As the band eased into the jamming, they were relaxed and having fun. If this was a show, the audience would have witnessed a band on fire, taking it in their stride. As the guitars were put away in their cases, it was time to plan the next time, hopefully not too far away in the future. 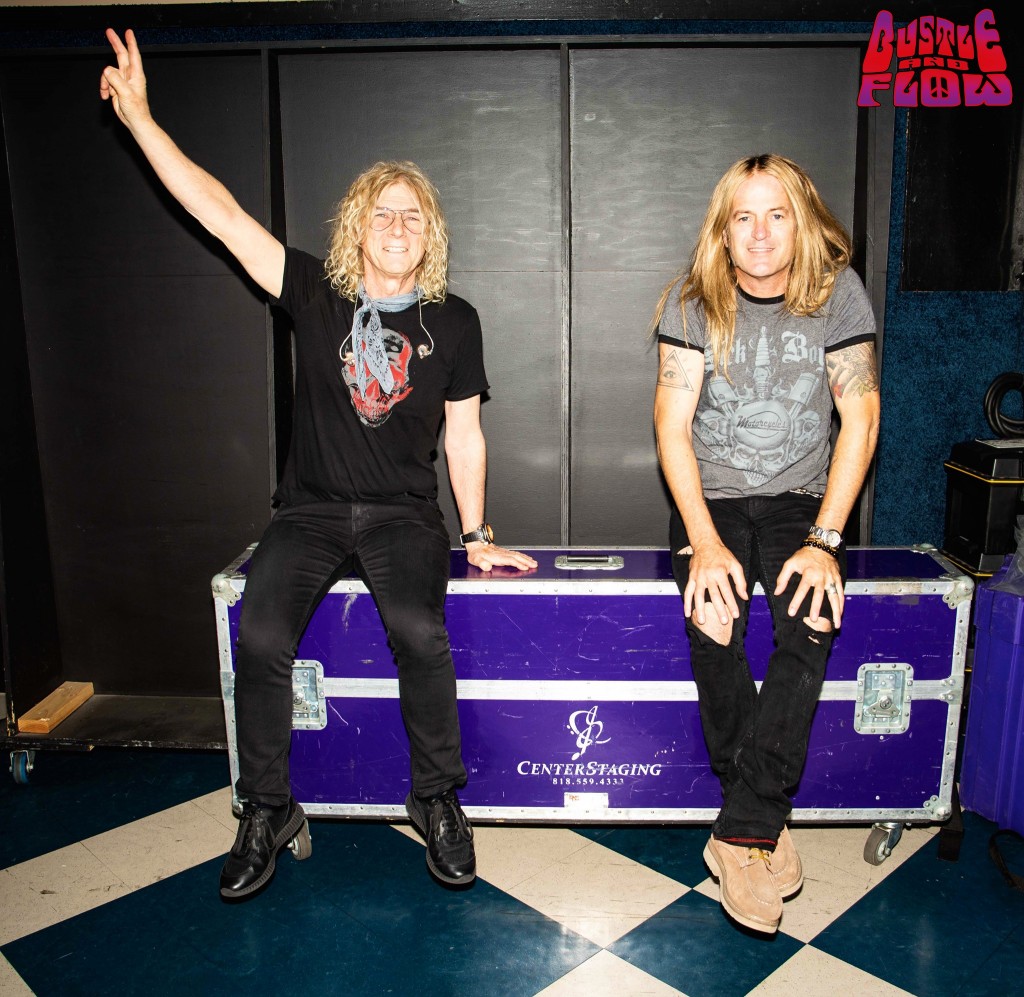 Time flies when you are having fun! For Glenn, Doug, David and Deen, that has certainly been the case this week as the LA Jam is hurtling very quickly towards the end. Everyone had been waiting so long to get into that rehearsal room together and make some beautiful noise, and that is certainly what they have done this week. It’s a given that the songs on the record sound amazing, but it’s that electric and thunderous energy of hearing the songs live that really steals your breath away. So now the band is ready to blow you away, they just need to be able to jump on a stage. Today was also used to film live sequences for the next single which will be released later this year. At the end of the day as instruments were packed away, Doug jumped back on his skateboard, David relaxed by the pool and Deen answered some fan questions on social media. Another very productive day that will pay dividends in the near future. 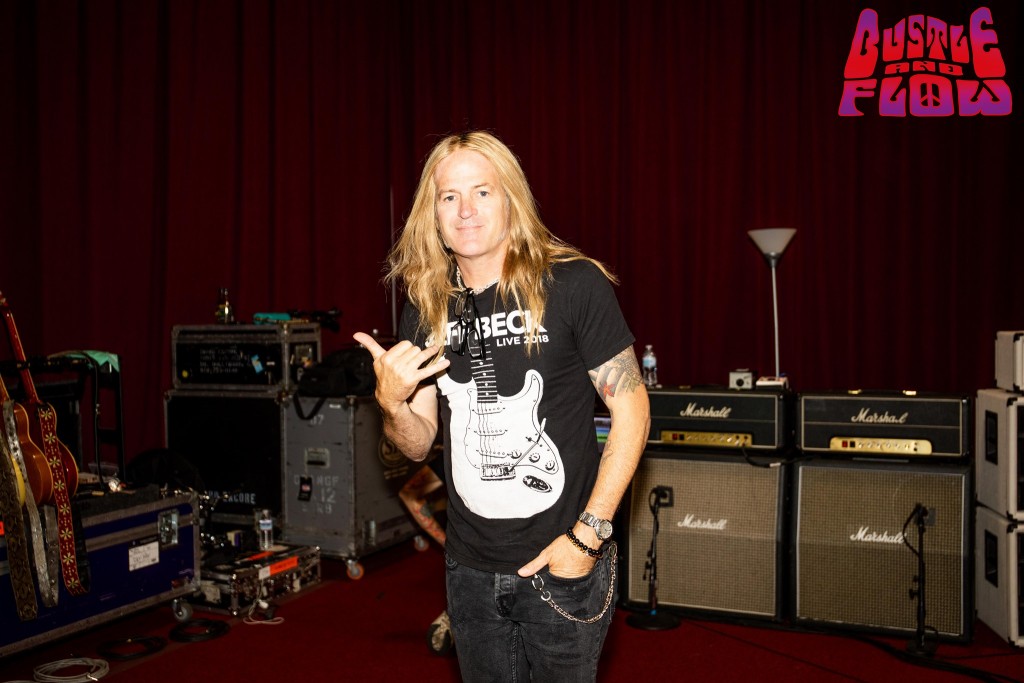 As the midpoint of the JAM week arrived, and Doug and Deen were doing interviews, news broke about Eddie Van Halen’s death. Like many guitar players, Doug cited him as an influence while making his own musical journey and took that playing spirit into the afternoon session. With amps ramped up to the max and Deens big drum sound thundering away the Jam got underway adding more huge hitting tracks to the set. Glenn, who has used Orange amplification for a very long time, tried out some new Orange wireless headphones while setting up his rig later in the day. As the band wrapped it up, the talk turned to cars. Deen chatted with another band that was rehearsing in the same complex. Then Doug headed off into the sunset in his red mustang.

Day 4 – BUILDING A WALL OF SOUND 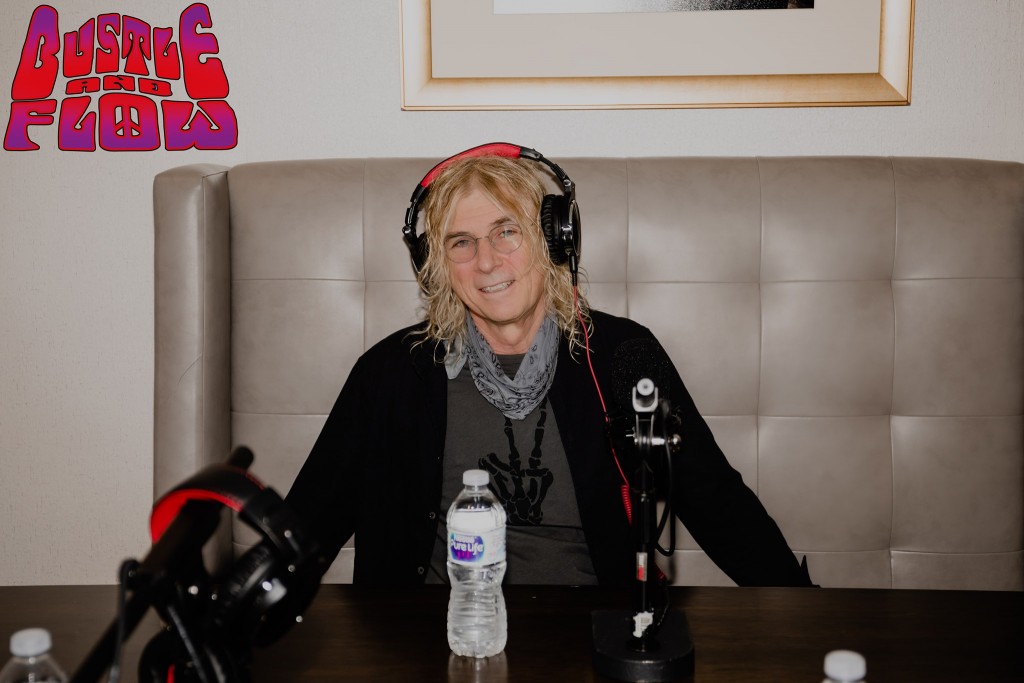 With such a small window to get all four band members together this year, it has been and will continue to be a very busy week. It’s not just about jamming the new songs. It’s about connecting with fans, creating future content, doing interviews and promoting The Dead Daisies in general. Even off the road the band is very active. Today was kicked off with David and Glenn doing interviews for radio and the Swenson and Bantz podcast. The jam like every day so far was sounding huge. The wall of sound that the band is building is massive, and with each new song that is added into the mix it gets better and better. There were even some acoustic versions tried out today. Like everything that is serious and important, there has to be an element of fun to complete the picture, and today it was Doug’s turn as he tried his hand on a skateboard thankfully not causing himself any injuries! 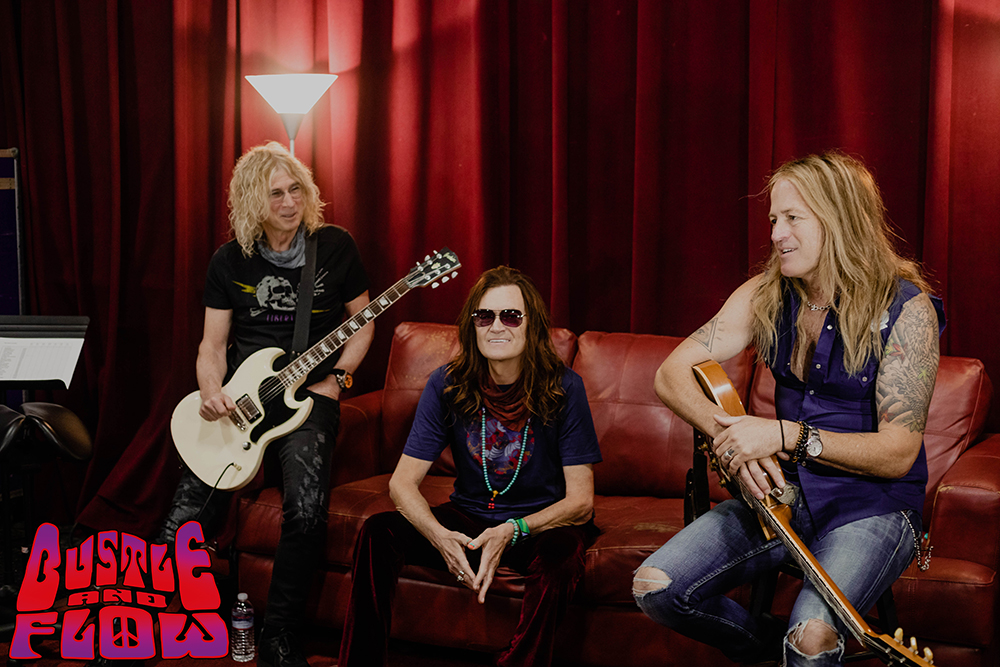 Day 3 kicked in on the LA Jam starting off with Glenn, David and Doug doing a live Q&A together on Facebook. The guys, all in fine spirits and looking forward to another great day of music, answered questions from around the globe. Doug even squeezed in his own attempt at a TikTok dance! Then it was back to the jam. As the band settles into an old, yet new routine of being together almost 24/7, the magic of the music is really starting to re-ignite, and the songs both old and new are taking on a different persona. ‘Unspoken’ was cranked up in rehearsals today and sounding pretty awesome. Every song is becoming a beast of a live track, which has further pushed the anticipation of wanting a return to the live stage to let these monster songs loose on a welcoming audience. As Glenn said on the Q&A, these songs were made to be played live! 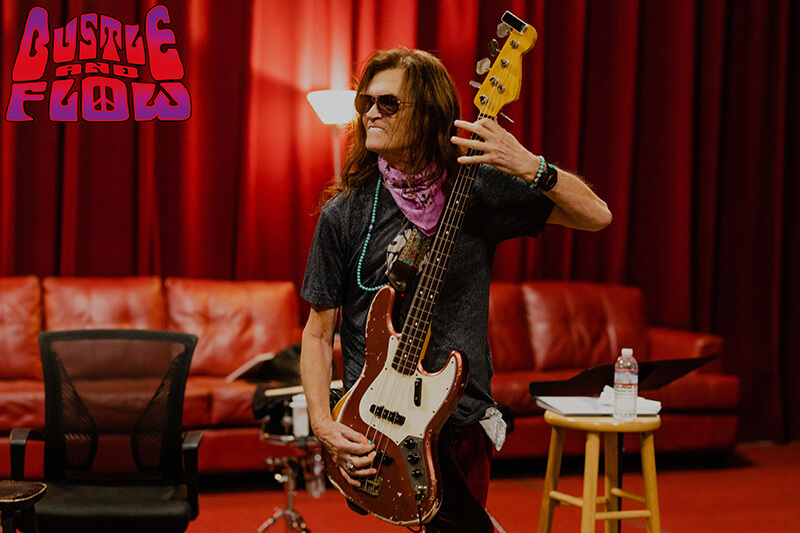 As the amps warm up and get ready for some serious action, the band starts to fall into the routine that they have missed so much in the last few months. ‘Unspoken’ and ‘Mexico’ were cranked up and before long started to sound as good as ever. With every note played, the fun, power, enthusiasm and passion bounded up another notch. Away from the music, David got to know one of the four legged studio workers, a dog called Lucy while Doug took a break to work on his soccer skills. These jams and get-togethers are so rare at the current time it’s important to make every minute count. Photographer Paige made the most of the opportunity shooting plenty of images and videos (keep an eye on social channels), and with Deen on full fun mode, he supplied a wealth of entertainment for everyone including his own spin on the song lyrics with a more comical take. The boys are relaxed, having fun and blasting out some great music once more just like it should be. 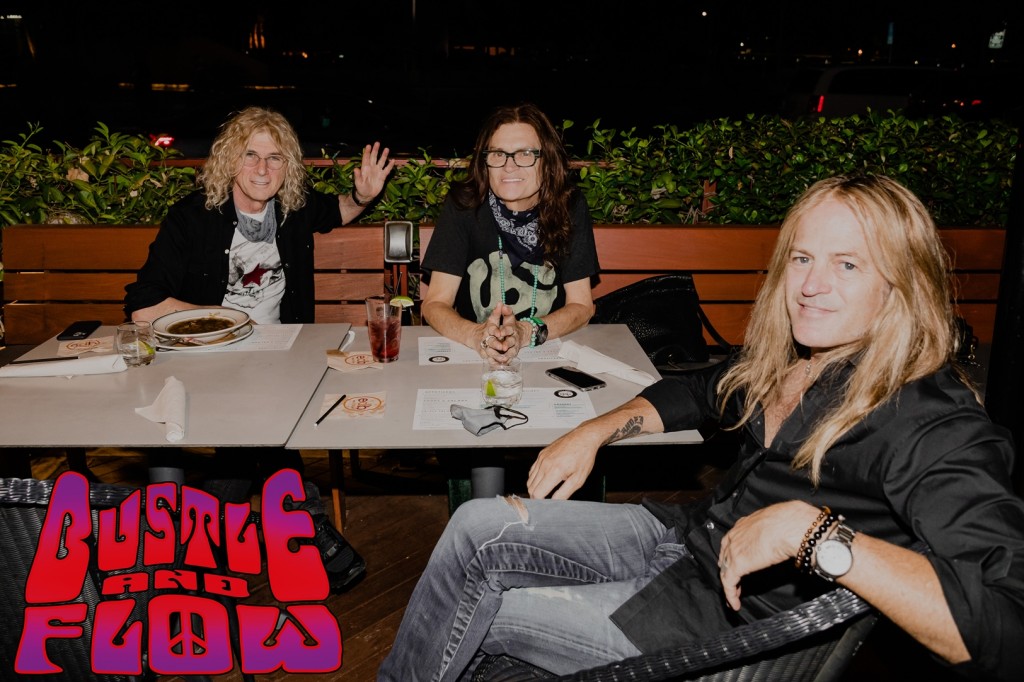 It’s been quite a while since the band have all been able to get together in one room. Usually by now, they would have been around the globe together, so the opportunity to spend a few days together in LA was not only great to limber up the musical jamming as a unit, but good for the heart and soul as well. Today was more about setting up and having the opportunity to relax into their roles for Glenn, Doug, David and Deen. After the arrival, the soundcheck and dinner, everyone was gearing up and itching to go. You can keep up with guys throughout the next few days as they plug in and blast some new songs together in a live room for the first time. The LA Jam is here and ready to Rock!