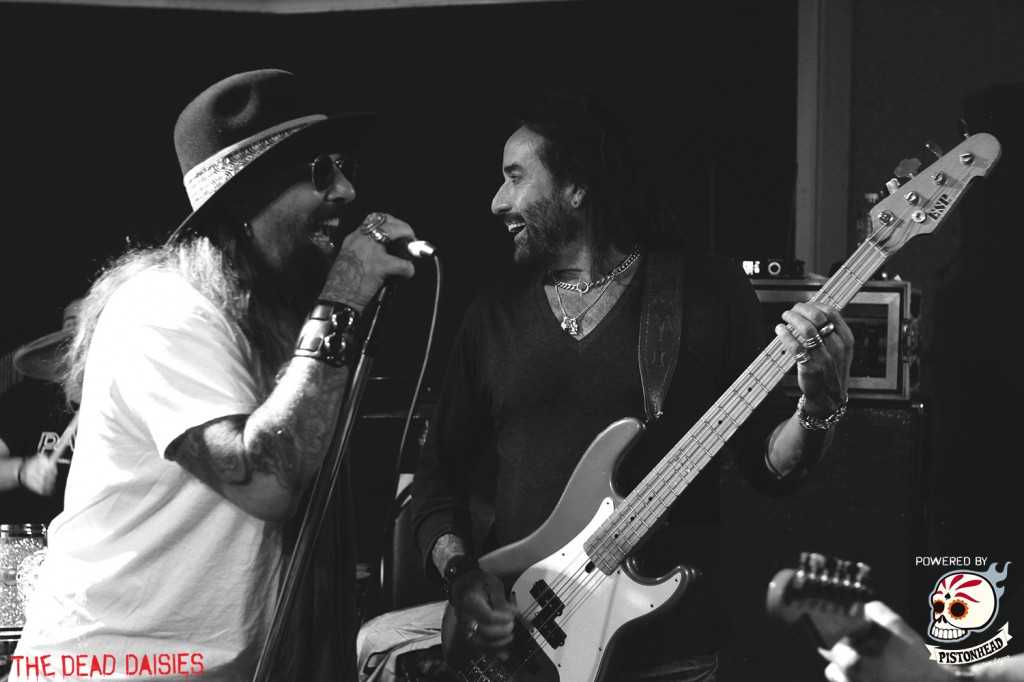 John Corabi of Motley Crue and RATT fame, and Marco Mendoza (Thin Lizzy, Whitesnake) spoke with us from their hotel room about the new album, Cuba and Jimmy Barnes.

Touring the world is nothing new for these guys and John says he’s been to Adelaide a few times, even if the memory is a little foggy.

“I have been here before. I don’t remember what year it was, but it was with Eric Singer from KISS, he has a side thing called ESP, with me, him, Bruce Kulick (KISS) and Chuck Garric (Alice Cooper’s band) so we came and did a show here. Then I believe I was here with Bruce Kulick doing an acoustic show,” he says.

“Bruce was here this year and Marco and I went and saw him play at a place called Frankies because we were recording the Dead Daisies album in Sydney.”

The new album he speaks of is called Revolución and is inspired by a recent tour, which changed their lives.

“We started the album in Cuba. It was pretty fucking cool, even just from a history point of view,” John says. “I vaguely remember (and I’m giving my age away here) the Kennedy assassination but when you go back in history and you think of the Bay of Pigs invasion when Russia was trying to put the missiles in there and then when Kennedy was assassinated, everyone thought it was Fidel Castro.”

“There was all this crazy shit and there was all these conspiracy theories; but we put all these sanctions on Cuba and blockades. The guys had been working on going to Cuba for about a year and for whatever reason, and I don’t know what happened between Jon Stevens and the band, but he couldn’t go to Cuba with them so they called me and asked me if I wanted to go, and two weeks later, I flew from Canada to Cuba. We did a show in a club and one in a grand amphitheatre for a few thousand people.”

Playing different venues, and working with local musicians, John says they were able to create an album they love, a coffee table book full of awesome photos and a great documentary about the trip.

Share on FacebookTweet
DekiJohn and Marco speak with B Side Mag about the KISS tour and so much more10.15.2015