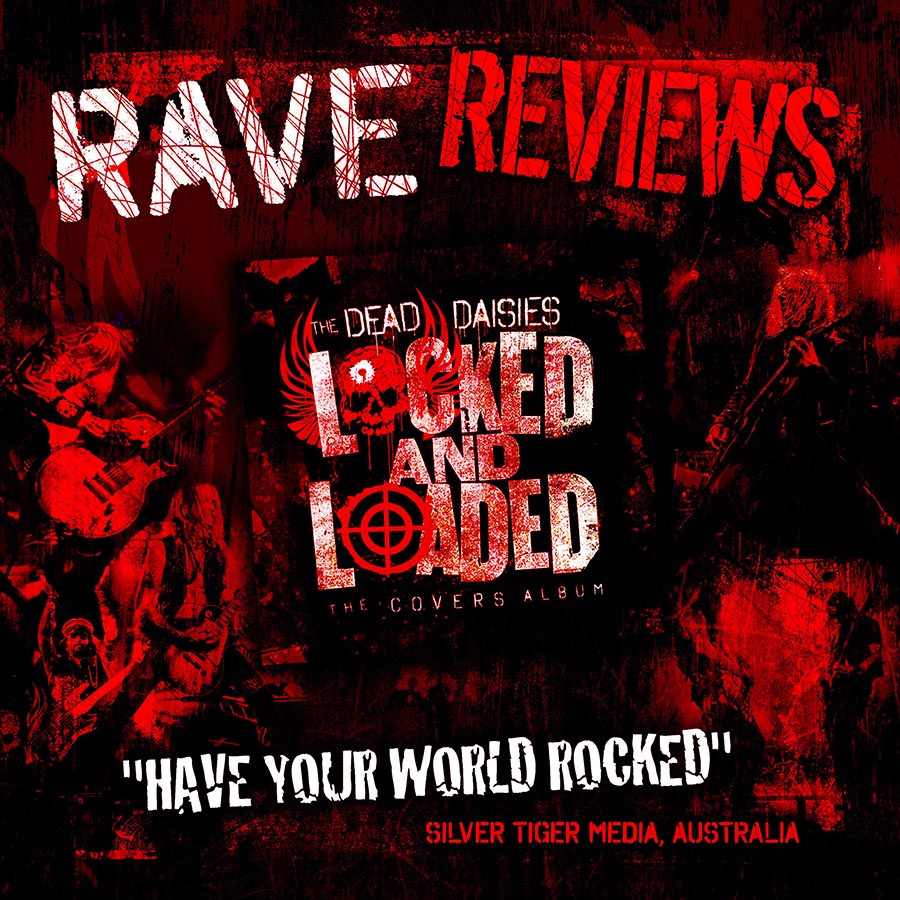 The verdicts are in, and over-all it’s a resounding success with online and print media worldwide championing the release of ‘Locked and Loaded’.

The covers album has been overwhelmingly well received by both fans and critics alike post its release on the 23rd August. Hundreds of reviews have come in thick and fast from all over the planet, and the general consensus can be summed up in this quote from Headbangerslifestyle.com in the Netherlands:

“It is a quality not many bands have, to play a cover in such a way that you can make people believe that it is your own composition and a perfectly natural thing. The Dead Daisies have that quality.”

From Europe, UK, US and Canada, to South America and Australia, they have all given the release a very confident thumbs up with an average 8 out of 10 score across the board.

Ant May from Planet Mosh in the UK stated,
“It’s a great covers album – the band have given the songs a Dead Daisies sound but without spoiling what made the songs great in the first place.”

From Japan, Roppongirocks.com said,
“Just like this band is always a joy to see and hear, this album of covers, too, puts me in a good mood.”

Casper from Silver Tiger Media in Australia opens up is review magnificently by saying,
“Revellers in rock n roll majesty prepare yourselves to have your world rocked in the most magnificent way by none other than The Dead Daisies.”

Hairband Heaven from the US says,
“What you get here is a feel good tribute to some of the band’s own rock n roll heroes, and with the cast that The Dead Daisies have assembled over the years there’s no way you can go wrong with “Locked and Loaded”.

‘Locked and Loaded’ has hit the target dead on and proves there will always be an appetite for great classic rock songs!