GOODNIGHT AND GOODBYE TO THE PRIEST 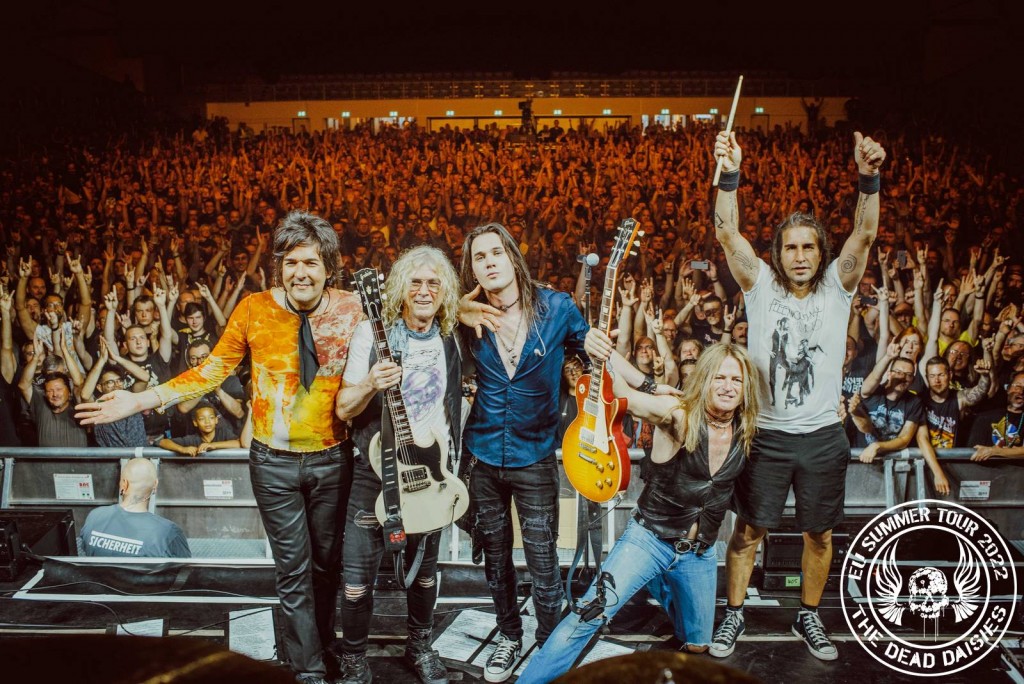 After a Summer of many adventures, none so exciting than playing with the mighty Judas Priest on their 50th Anniversary tour, albeit delayed by a couple of years, the last show had to come, and it came tonight at Brose Arena in Bamburg, Germany.

The Dead Daisies hit the stage in bouncing form, led by their young stand-in Dino Jelusick screaming like a young David Coverdale released into Rock’s wild world for the first time. With the rest of the band taking up the role as younger elder statesman, it was left to the twin guitar attack of Doug and David to charge relentlessly in battle with huge guitar sounds. ‘Long Way to Go’ along with a great selection of tunes from the ‘Holy Ground’ album, earlier Daisies classics and Deep Purple standards like ‘Burn’, the band could do no wrong.

After another great reception on this tour which keeps happening day after day, Doug gave a special shout out and thanked their hosts Judas Priest for a great tour. One more show to go before it’s time to pack up and head home. It’s Time To Rock Sweden and you are next!

Share on FacebookTweet
DekiGOODNIGHT AND GOODBYE TO THE PRIEST08.03.2022