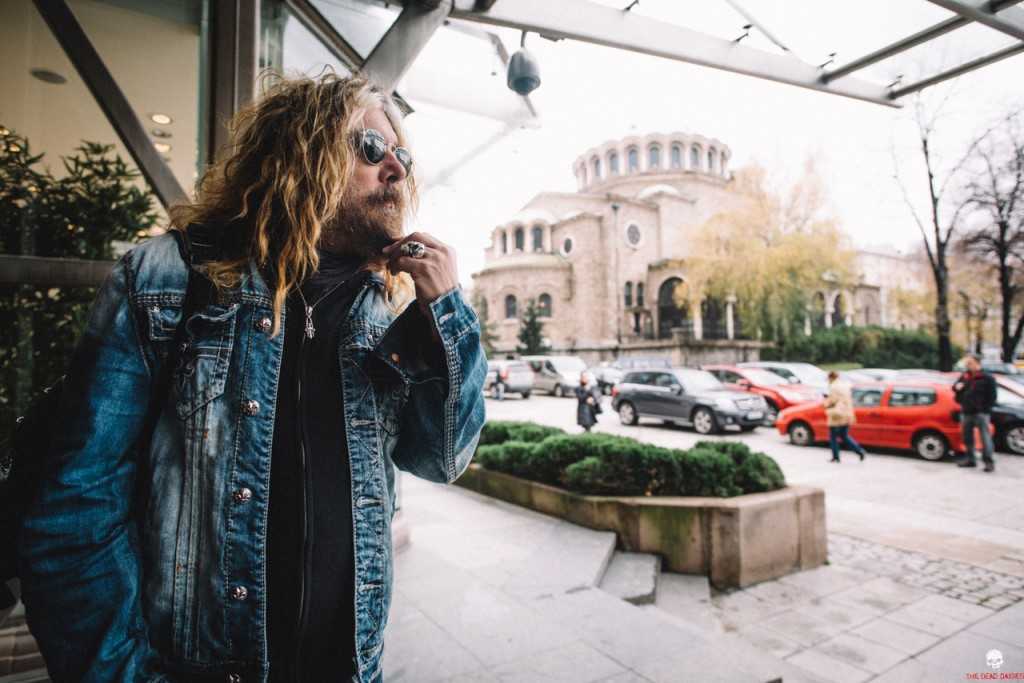 The band left Bulgaria at lunchtime and flew to Skopje in Macedonia, another first visit for the band. A land full of mountains and lakes visible from the aircraft, Macedonia also has many old and ancient buildings in the capital as well as in the surrounding towns and villages. 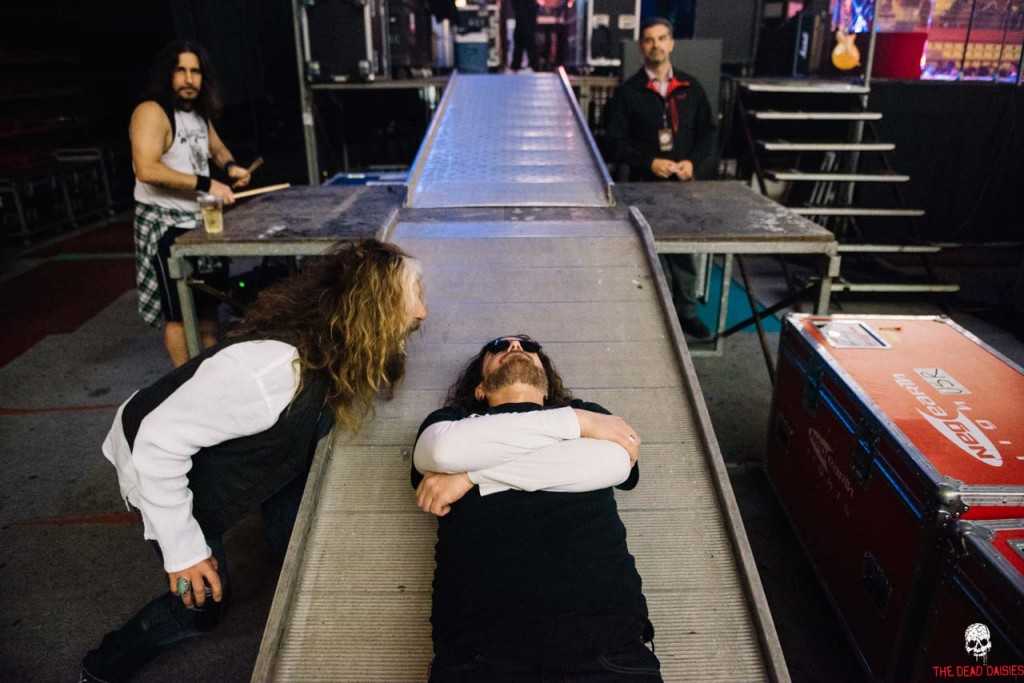 The Dead Daisies hotel was situated right across the road from the venue, the Boris Trajkovski Sports Centre where they spent a good part of the day rehearsing new material to fit into the set.

The show in Skopje was another resounding success with around 8000 rock fans packed into the arena. John Corabi led the band through a blistering version of the new addition to the set, ‘Sick As a Dog’ by Aerosmith, as well all the regular ‘Revolución’ numbers. Fortus, Lowy and Corabi made full use of the ramp that led into the crowd getting as close to them as possible.

With the concert over and the addition of more fans to the ever-growing Dead Daisies army, the band headed back to the hotel for a well deserved drink at the bar. 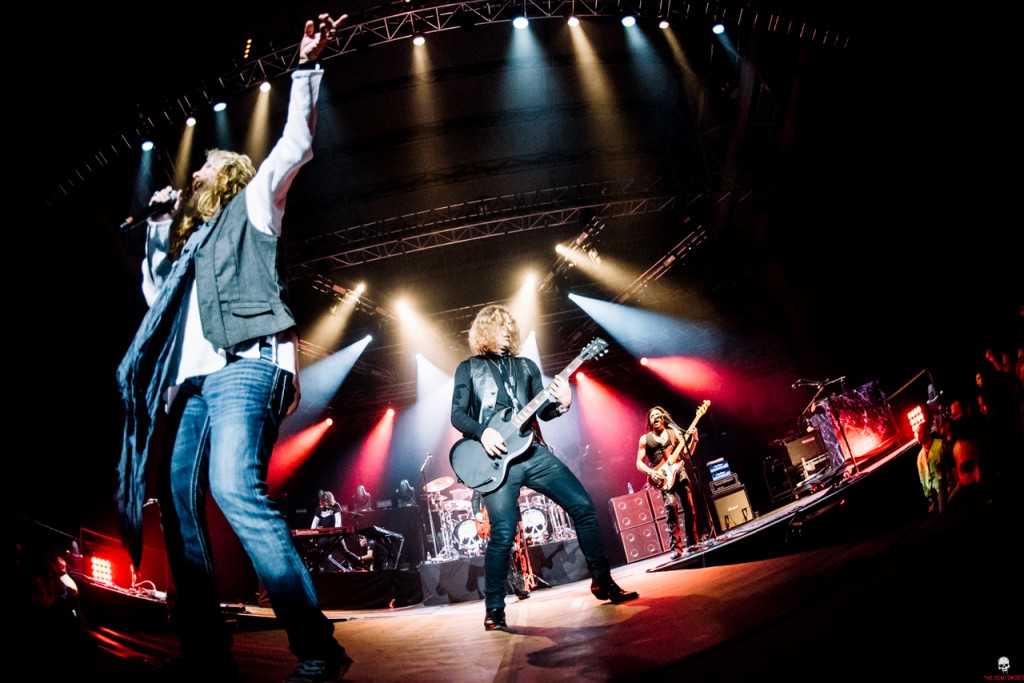