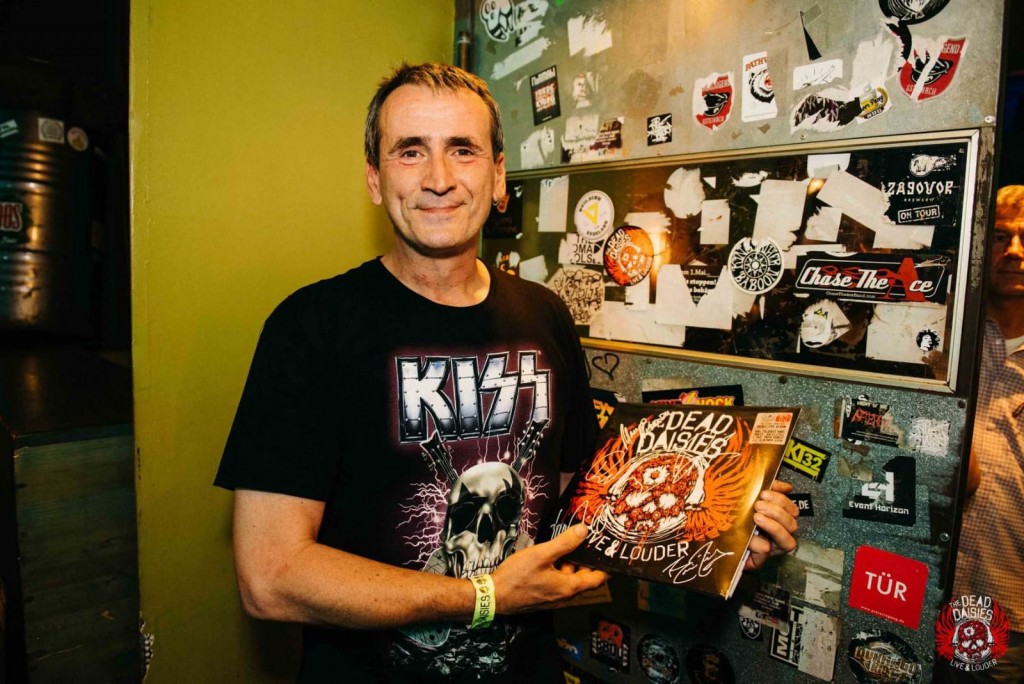 The first time i saw TDD live on stage, was in 2015 during their support tour with KISS in germany ( 5 shows) and i loved them, from the very first tune. In Berlin 2015, i caught the blue pearl skull pick, from David…….that’s where the infection started. Unfortunately i missed the guys on their 2016 Germany tour, because of my job. Daisie Mania kicked off in 2017 when TDD returned again for the Live and Louder Tour. I became a member of the TDD fanclub ( Member 85 ) right after the tour. In 2017 my Wife turned into a TDD fan as well and together, we saw the guys many times live on stage. Since the last show in germany, in december 2018 in frankfurt, we are waiting for the return of TDD. – Klaus Frohn – TDD collection story