ANGEL IN YOUR EYES

MAKE THE BEST OF IT 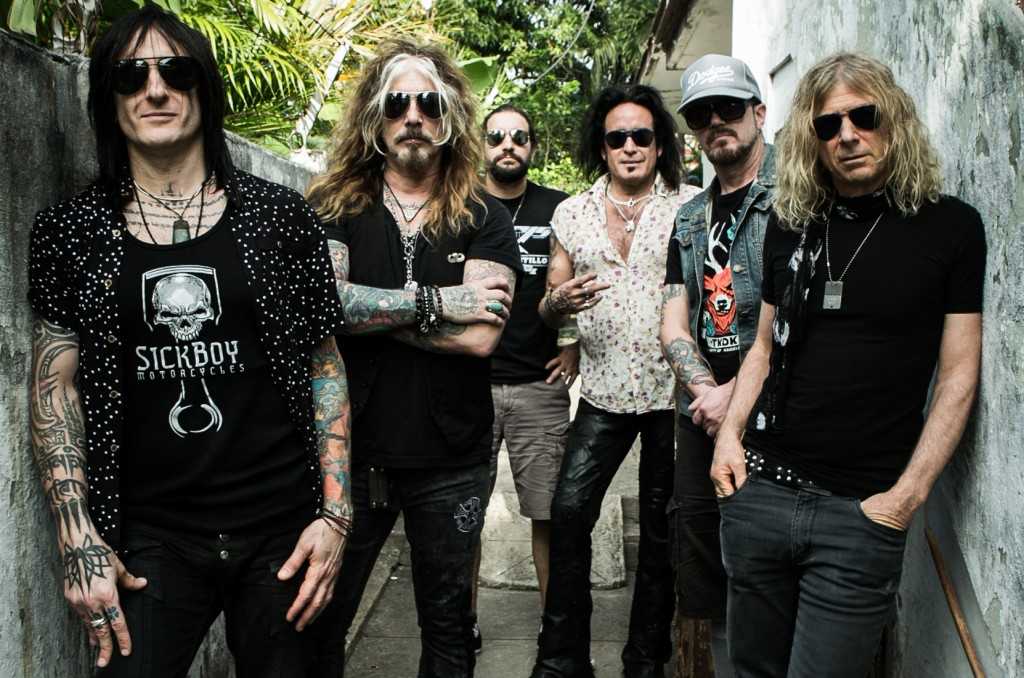 In early 2013 The Dead Daisies were invited to open for ZZ Top in Australia. Word about their dynamic live show spread quickly and the band soon joined legendary American rockers Aerosmith on their first Australasian tour in 23 years. In August & September the band were introduced to the US market headlining one of the side stages as part of the massive 25-date Rockstar Energy Drink UPROAR Festival which toured throughout the US & Canada alongside Alice In Chains & Jane’s Addiction amongst others.

The Daisies then headed to the UK and played 18 dates throughout the country with Black Star Riders kicking it off with their first ever UK headlining show at The Underworld in Camden to rave reviews.

The band’s first single “Lock ‘N’ Load” featuring Slash, off of their self-titled debut album was an international hit and stormed the US & UK radio airwaves hitting Number 1 on Planet Rock Radio with Classic Rock Magazine listing it as one of the top 20 songs of the year. The bands second single “Washington” went to #18 on the Rock radio chart (MediaBase) in the US and received airplay on Triple M in Australia.

The Dead Daisies closed out 2013 playing two shows in Israel, with a SOLD OUT epic headline show at The Barby in Tel Aviv leaving the crowd begging for more.

Kicking off 2014, February saw the band return to Australia playing a number of dates in support of their debut album and growing their hometown crowd. In July the band headed to the USA where they played 9 shows across the country as Special Guest to Lynyrd Skynyrd & Bad Company. The month of August saw The Daisies playing across the US with Def Leppard & KISS where they impressed even the die-hard KISS fans.

On August 5th, 2014 The Dead Daisies released their brand new EP and single called “Face I Love”. An innovative Facebook app was launched along with the single giving fans the opportunity to participate by having their faces appear on the EP cover, in the promotional video & posters with the single going top 25 on the Rock radio chart (MediaBase) in the US.

In October the band released their next single “Angel In Your Eyes” before heading for their first live performances on the high seas, joining KISS on the KISS Kruise IV around the Bahamas. November & December then saw The Dead Daises in Australia headlining shows in Melbourne, Adelaide, Brisbane, and Sydney, as well as a much-anticipated performance in Perth. The band also played dates with the legendary Jimmy Barnes on the New Zealand leg of his tour.

As with every other year for The Dead Daisies, 2015 is no different. After months of planning, the band kicked off the year with an historic visit to Cuba. Within months of trade restrictions being relaxed by the Obama administration, the band made a landmark visit to the Caribbean island country where they played two Sold Out shows, visited music schools and played with local Cuban musicians. The line-up featured long standing collective members Richard Fortus, Dizzy Reed, Darryl Jones, David Lowy, and Marco Mendoza. They were also joined by singers John Corabi (Motley Crue/RATT) and Bernard Fowler (The Rolling Stones) for the first time. The trip was historic, monumental and left a lasting impression with the Cuban people and the band with the world media covering the trip extensively.

In June, The Dead Daisies will return to Europe joining KISS on their 40th Anniversary Tour. Australian Daisies fans will get to see the band perform with KISS across Australia in October when they bring the Spider Down Under for the first time.