THE DEAD DAISIES ARE LOCKED, LOADED AND READY TO FIRE!! 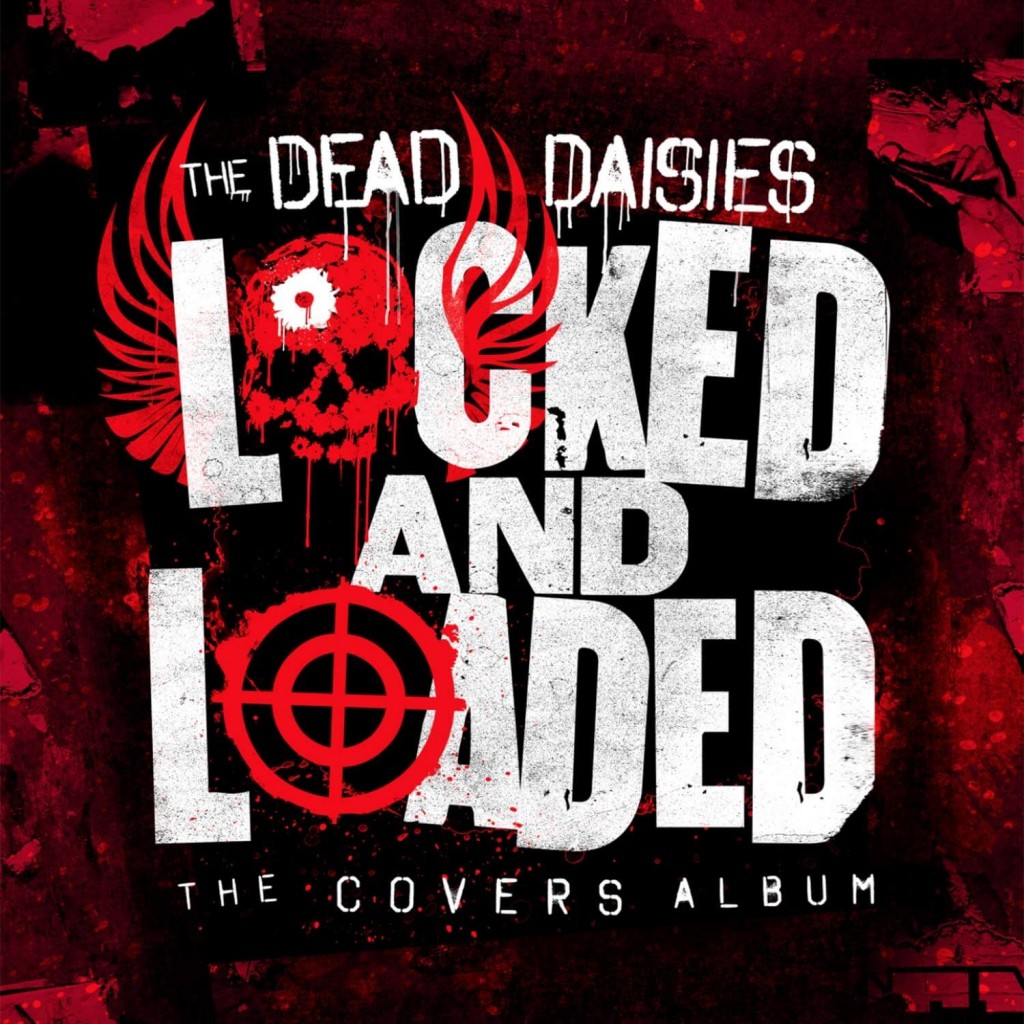 All tracks are remastered for this project with “Rockin’ In The Free World (Live)” and “Highway Star (Live)” being released for the first time ever.

The Dead Daisies pride themselves on being an ass-kicking Rock band very much of today who love to celebrate the history of amazing music. In short, the band are fans of Rock and always will be.

Every one of the bands albums to date has had at least one cover song on it drawn from great songs from all eras, from the early blues greats to the classic rockers and heavy-hitters of later times. So many terrific players, so many immortal words, so many larger-than-life riffs

“This is a ‘tip of the hat’ to our heroes, bands that influenced us
when we use to buy their records as teenagers.
Now we’ve put them all on one album and it seriously rocks!!
You may think of us as ‘Rock Stars’ but at the end of the day
we’re just huge music fans!” – John Corabi 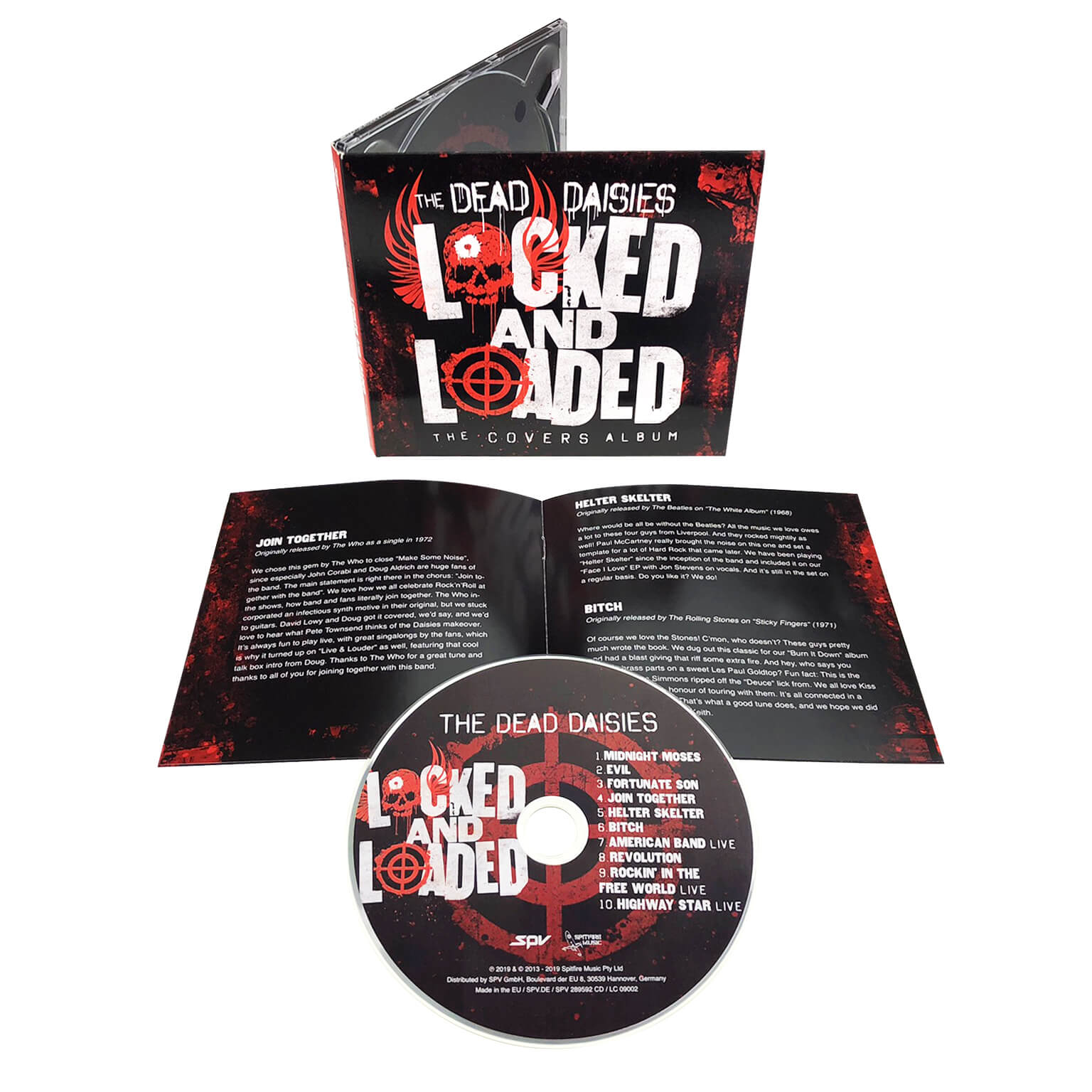 This collection of covers comes together from a long list of some of our favourite tunes, some bonafide classics – or simply songs that made us all smile, sweat and scream, band and audience alike.

These are done Daisies style, with big guitars, big vocals and always a bit of dirt under our collective fingernails, just the way we like it which is why we always love to mix up the setlist and throw them into our live shows.

“Playing these songs live is a total adrenaline rush for all of us.
Our audiences go nuts with our Daisified versions of these songs
that come from an incredible time in music. It’s our way of paying homage
to the ‘greats’ of rock.” – Doug Aldrich

So crank them up as they work better with generous amounts of volume and a huge smile on your face. After all, a great song is a great song. Rock is Indeed alive and well ..

Released on August 23rd, 2019, it comes in a suite of formats including DigiPak CD, Colored Vinyl with CD in paper sleeve, digital download and streaming. 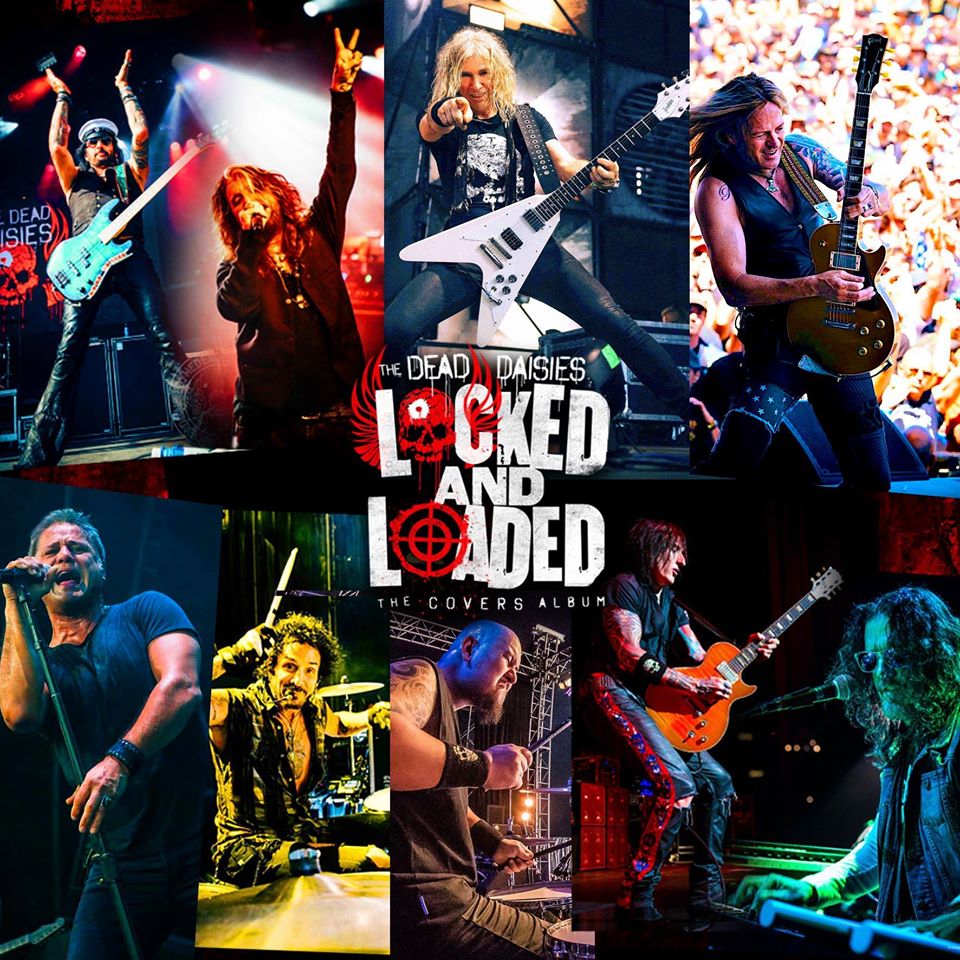 A lot of great musicians have been part of The Dead Daisies over the years.

The following musicians can be heard on this album:

Rock Is Indeed Alive And Well !!!

Share on FacebookTweet
DekiTHE DEAD DAISIES ARE LOCKED, LOADED AND READY TO FIRE!!07.24.2019