“Australian supergroup The Dead Daisies have made The Beatles ‘Helter Skelter’ one of their own after performing the song for the 70th time.

The number of performances now ranks The Dead Daisies version as the 4th most performed version ever of the song.

The Beatles never once player ‘Helter Skelter’ live. The song, featured on the 1968 ‘The Beatles’ (aka The White Album), was released two years after the band stopped performing altogether in 1966.” – Noise 11

CLICK HERE to read the FULL article on Noise 11! 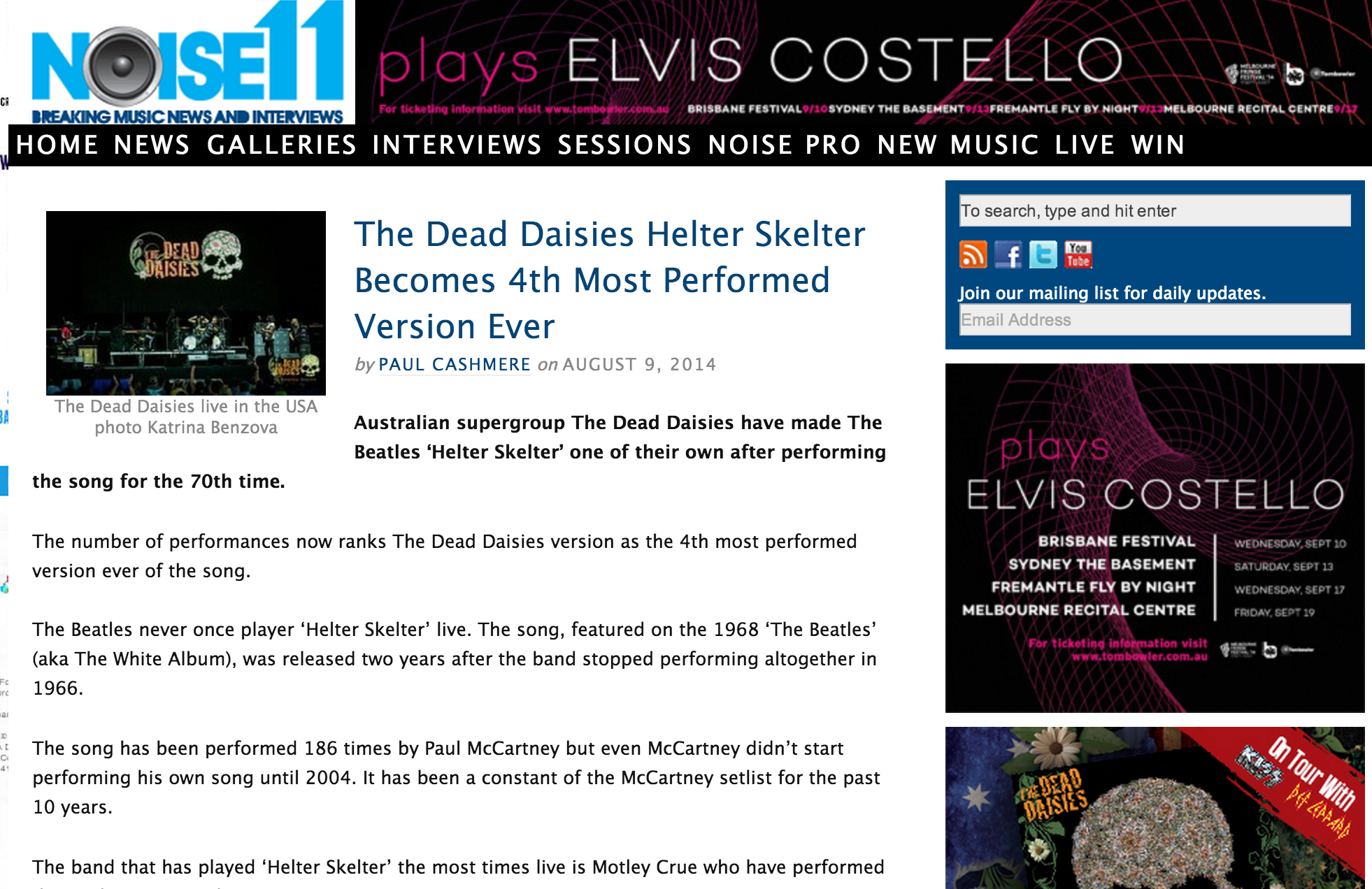