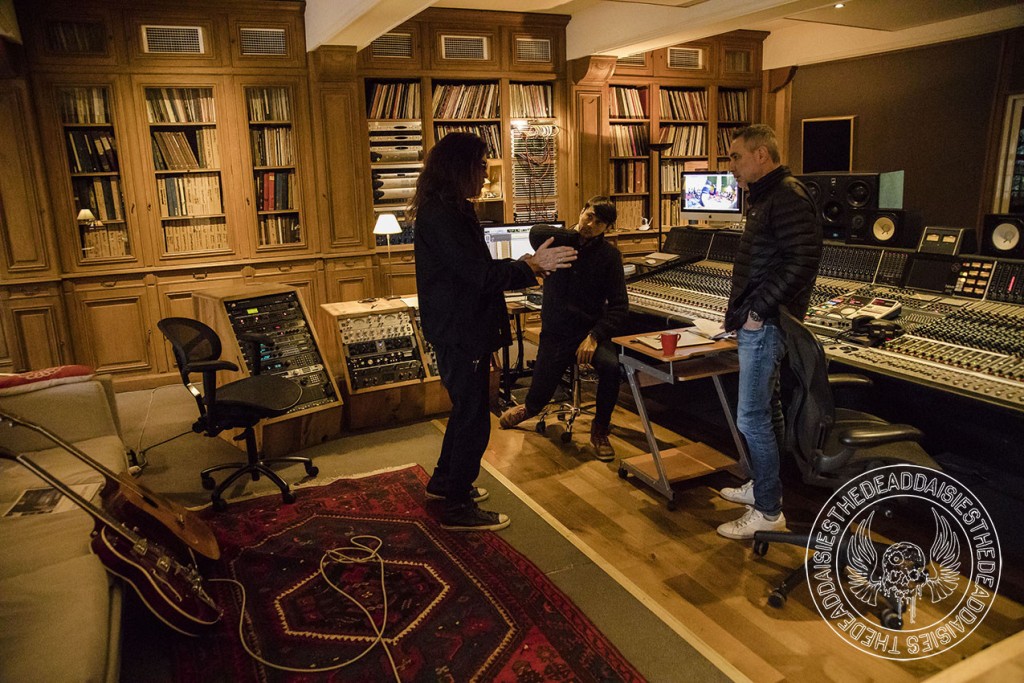 As everyone gathered for breakfast on another fine day in this little corner of the south of France, the days tasks were discussed over breakfast as Glenn, David, Deen and Doug prepared for the next creative sessions.

One song became the focus today from morning until evening as they all contributed, played and tracked their various parts. Everyone immersed themselves totally into this new track with some amazing guitar riffs and melodies coming together. The as yet unnamed number is sounding epic and will be a monster of a song when completed!

Deen likes to put in a big hard hitting shift on the drums, but he likes to chill in the massive gardens that sprawl around the chateau at La Fabrique. Today he discovered the pond and decided to try his hand at some fishing. Although Hake was on the evenings menu, the band and crew were relieved to know it wasn’t caught by Deen, but prepared once again in spectacular fashion by chefs Doug and Glen!

Thursday is fast approaching and that is when the band will head back to their lives to do their own thing for a while. For the time being they will continue the long hours, working hard and using every creative fibre they have to make an album that everyone will want to hear once its completed.