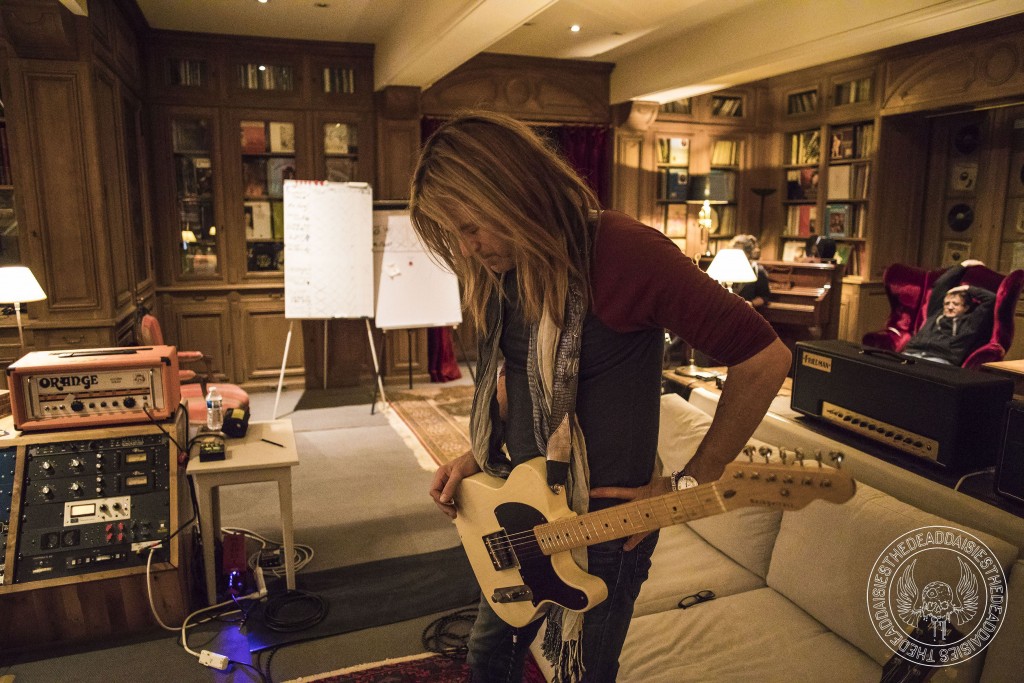 Glenn was down early for breakfast today so he could finish some bass parts with Ben. As the songs start to come together, Glenn’s thunderous bass sound binds around the new songs giving them power and strength.

By late morning Glenn went off for a walk as Doug took over to start working on lead guitar parts. The whole bottom end of the studio complex was engulfed in a continuous sonic boom from the guitar amps situated at the other end of the building. Apart from a break for dinner, Doug continued working through until late in the evening creating some jaw dropping solos.

Glen and Doug the chefs once again prepared another mouthwatering meal with a personal recipe called Uncle Faveous’s Chicken. It was well received by all at the dinner table and topped off by a gorgeous chocolate mousse.

Everyone retired to the control room for a short while before going their separate ways with another busy day ahead.