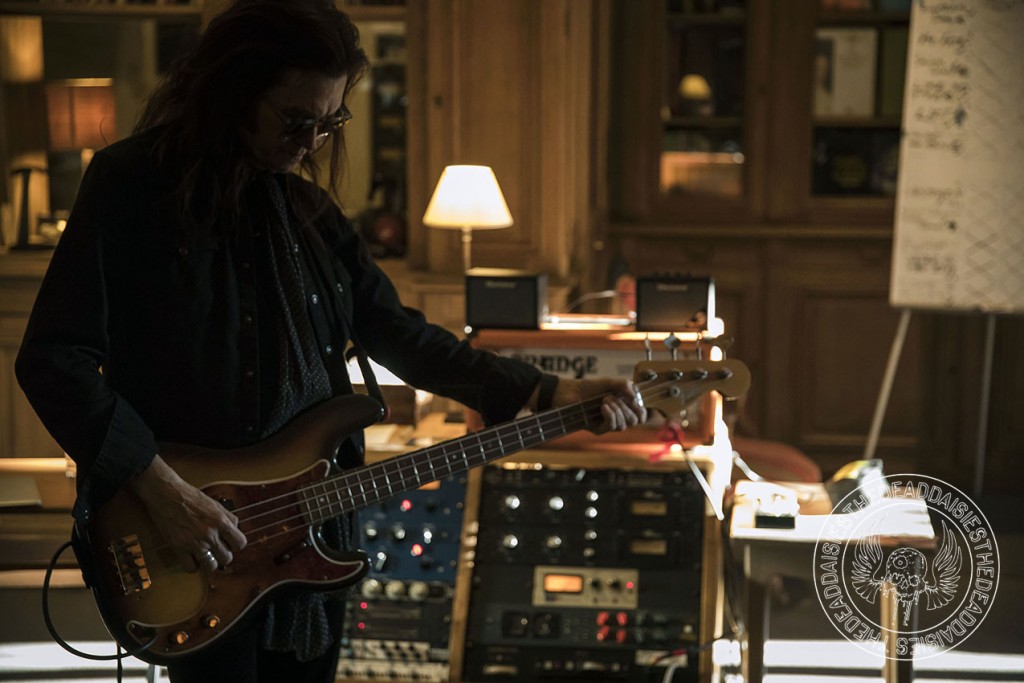 Today was the time for Glenn to take the microphone in-hand and give it some full throttle attack as he entered the zone to put some seriously wide ranging vocals down for all the world to hear. Although the team had heard Glenn put down guide tracks a few days earlier, it wasn’t until now that the full force of his vocal agility and flexibility had been witnessed in its full glory.

Doug spent what was left of the working day working on guitar sounds with his bank of amplifiers and range of guitars including the goldtop Les Paul, the studio Les Paul and his custom telecaster. With the sound dialed into the mix, he is now set-up to put down some explosive guitars throughout Mondays sessions.

As everyone wound down for the day, we all gathered in the usual meeting place of the dining room where the crew and band (just Doug and Glenn at the moment) relaxed, chatted on various topics other than the days recording, and in-between, tucked in to a fantastic roast chicken dinner.

The studio dog Paula was never too far away, always looking for the odd tasty treat. However, she has had too many little treats recently and has been put on a diet by the vet. That didn’t stop her lapping up the attention of everyone and in particular Glenn who is missing his own collection of canine friends.