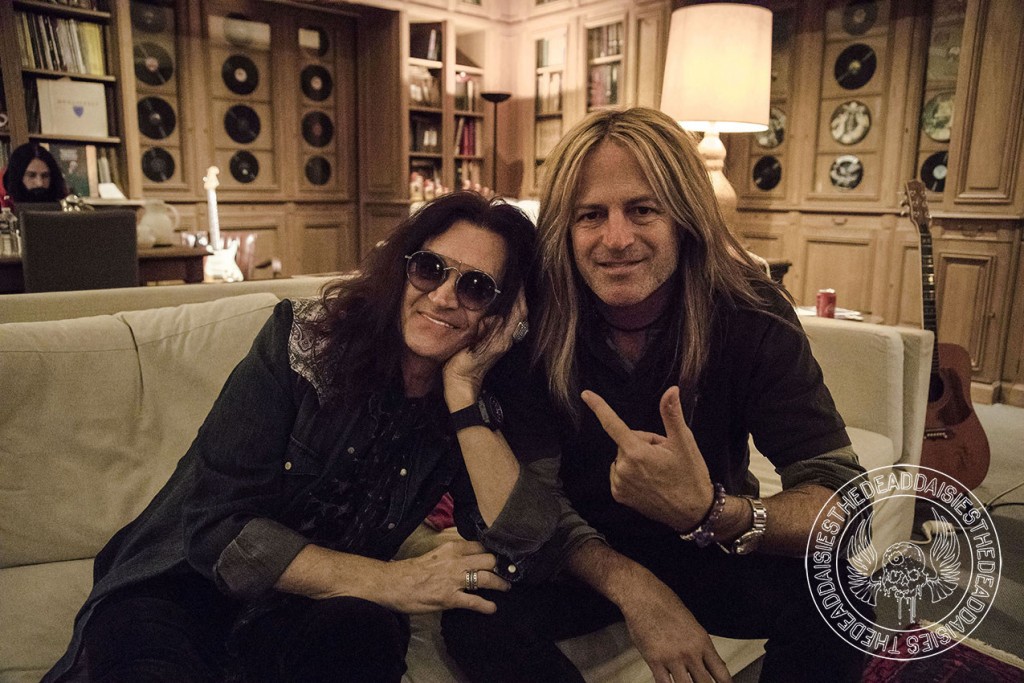 It was a damp and miserable day outside today. The rain swirled around and battered against the windows of the recording rooms while the resident animals (two ginger cats and a brown dog) took shelter inside. It was the perfect day to switch off from the outside world and concentrate totally on the task ahead, to continue creating great new music.

Once again, everyone was very focused on the tracks, writing new parts, improving on the ones that existed and removing ideas that didn’t gel. It is very easy to get distracted by the surroundings where the walls have seen nearly two centuries of history, you can also use that distraction as a creative tool and energy. Pre production is now in full swing as the first group of songs take shape.

On a break, Doug went for a stroll in the garden with umbrella in hand accompanied by Jimi, while Deen checked out some of the antique motorbikes stored away in an out-house.

The atmosphere and mystique that La Fabrique exudes, inspired the lads even more so today with the added elements of the thundering rain. Deen formulated the final drum arrangements with producer Ben Grosse on the first few numbers.
After another intense day of work, the band retired to the dining room. On tonight’s menu another spectacular dish roasted duck with all the trimmings, and once again, it was simply mouth-watering. An early night was required to recharge the batteries to lead into another long day tomorrow, creating the next set of future classic Rock anthems.