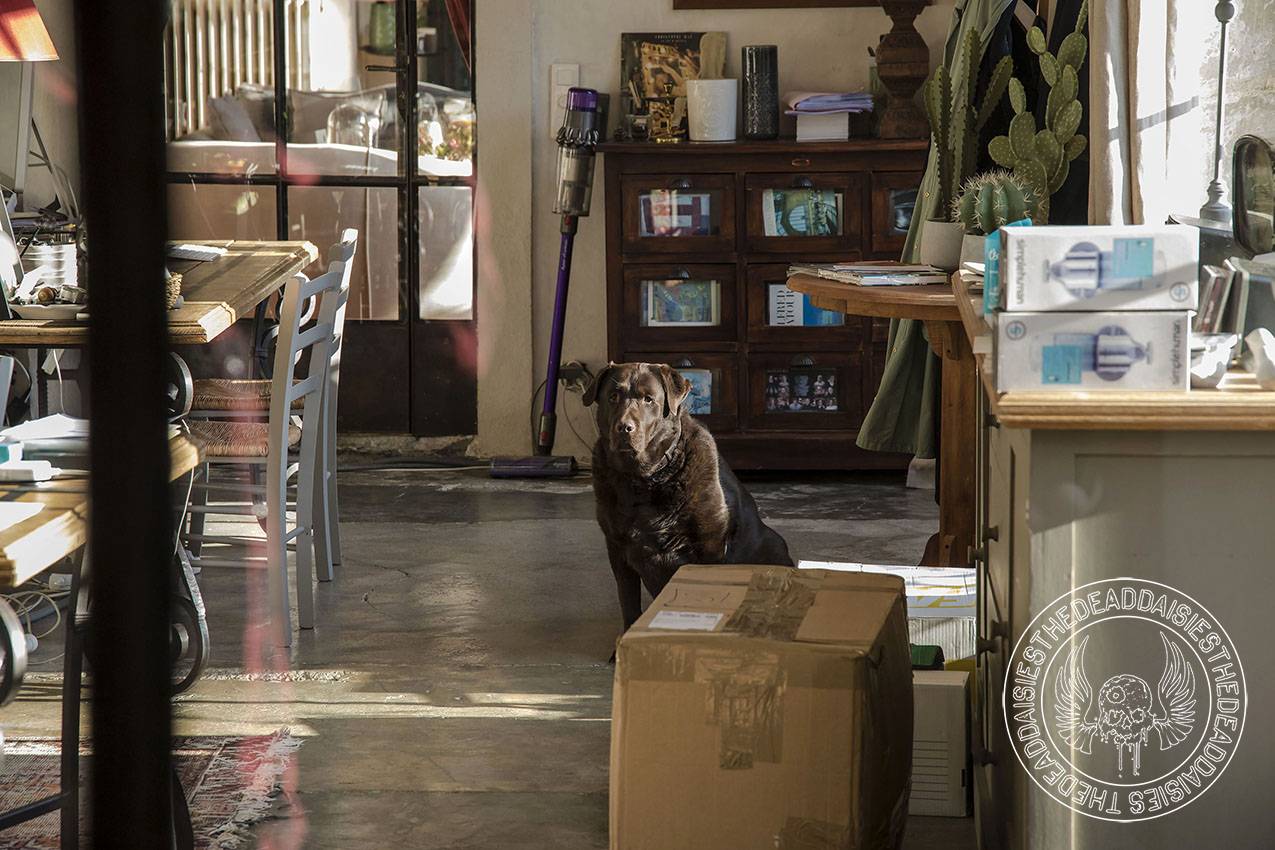 As everyone arose to start another heavy day in the studio, in-house residents Paula (the dog) and, Ginger (the cat) were already half-way through their day playing in the leaves and having their morning sabbatical. Their friend Lyon (another ginger cat) has returned to Paris after a couple of weeks hanging out. Previously Lyon heard The Dead Daisies were coming to record at La Fabrique so he headed to one of his favourite places, to check them out.

Paula likes to get involved in the recording process regularly checking in to the piano room and studio to listen to our rocking tunes coming together. Ginger tends to be slightly more put out with the constant interruptions of loud guitars disturbing her sleeping schedule. For Doug, Glenn & Ben it was a very intense day, finishing of some arrangements and recording.

As Paula checked the evening meal was going to be on time, we pulled up for a delectable roast dinner skillfully prepared by chefs Doug & Glen along with a glass of delicious French red wine. Paula and Ginger licked their lips after finishing a fabulous dinner then headed for their tenth nap of the day.