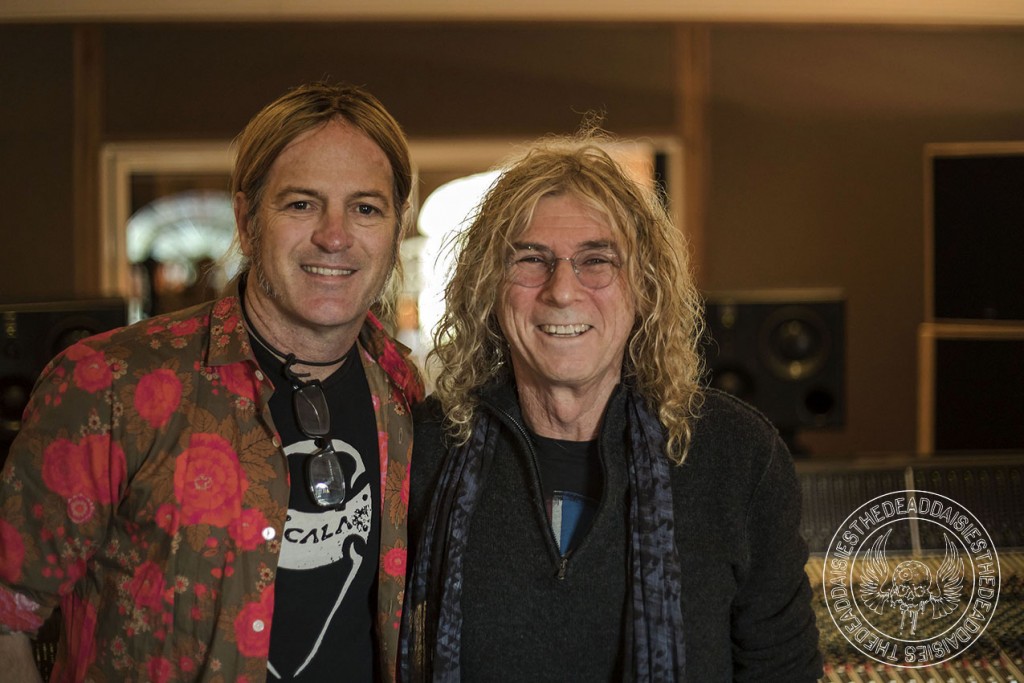 This morning the weather decided to be not so kind to us, as the rain lashed down, although as the day grew older it started to dry out and eventually brighten. Once again, it was a very busy day in the studio. David was busy putting down as many of his guitar parts as possible.

Like a conveyor belt, once David had done his parts for the day, Glenn took his place behind the microphone to add more of his unique voice to the textures of the new songs. After dinner, Doug would take his turn and add even more dramatic guitar solos to some of the new records biggest tracks.

Elina from Finland who is a part of The Deadly Daisys group arrived just in time for the Duck dinner. Elina will be spending the weekend watching the band record the new album before sharing her experience on the Daisies website next week. Everyone was very pleased to see her, especially as she brought special Finnish chocolate.