The Dead Daisies alumni Daryl Jones has recently been featured in Ultimate Classic Rock online as he has officially been a part of The Rolling Stones line up for over 20 years. To this, we congratulate him! Read the article below:

“After almost 30 years as a Rolling Stone, Bill Wyman was done. In December of 1992, the band’s founding bassist publicly announced he was parting ways with the group. No more tours. No more records. The search was on to replace this key Stone.

Immediately, Chicago-born bass player Darryl Jones put out the word that he was interested in auditioning for Mick Jagger and company. Although Jones wasn’t a high-profile musician, he had spent the last decade backing some of the most respected artists in music. Jones, born in 1961, cut his teeth as part of Miles Davis’s band in the early ’80s. He played in Sting’s “blue turtles” band. And he had done session work with an A-list roster of talent, from Herbie Hancock to Madonna to Peter Gabriel. It also didn’t hurt that he had met Jagger while touring with Sting and became acquainted with Keith Richards because two of his pals were in Keef’s solo band, the X-pensive Winos. ” 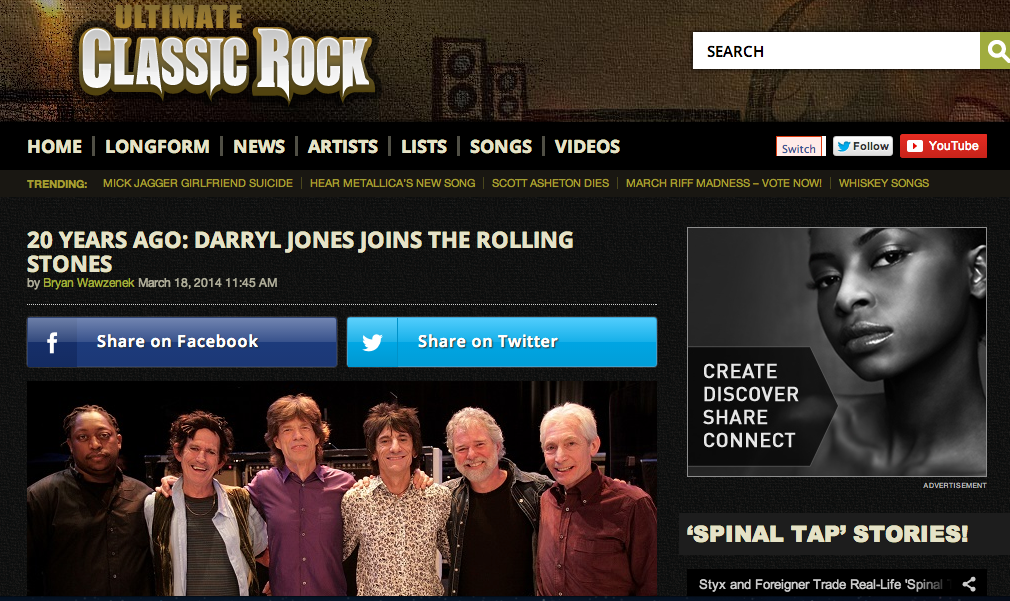