THE DAISIES ROCK THE RING 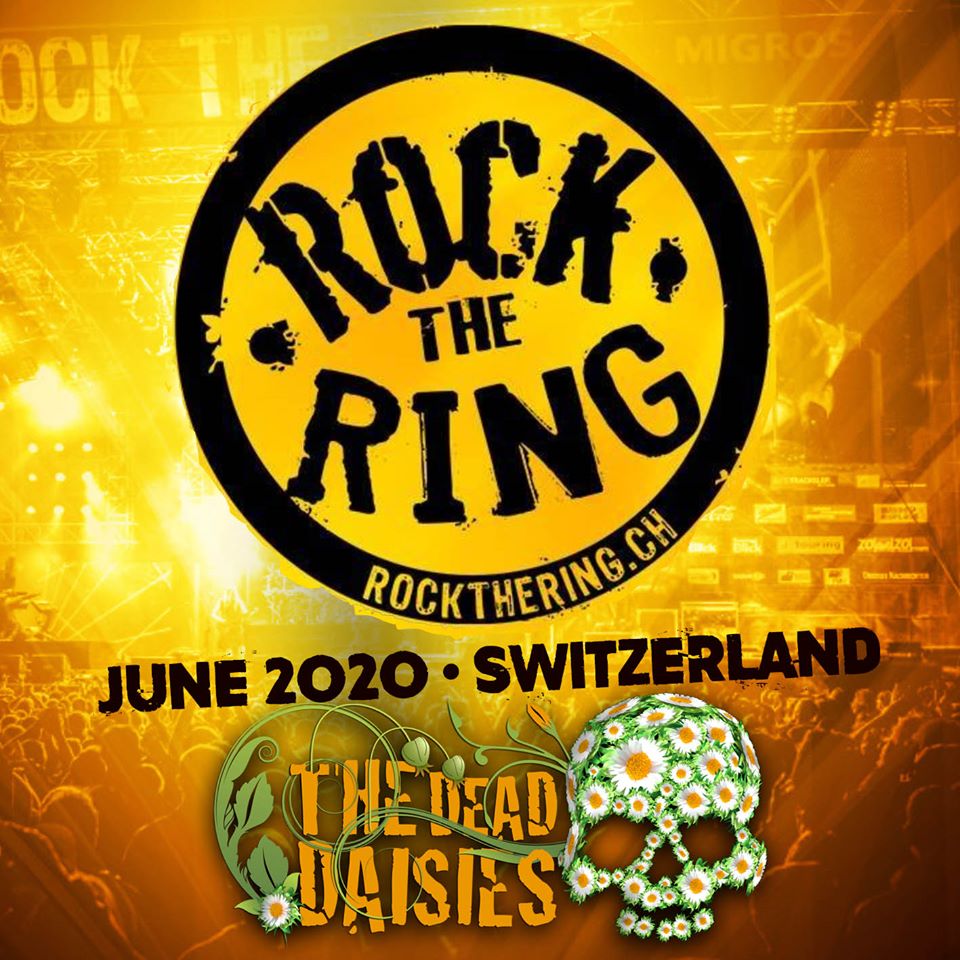 As the band put the finishing touches to their upcoming album, work behind the scenes is in ‘full on’ mode
as dates for 2020 start to be planned. Two previously announced festival dates, Nova Rock and Hellfest got
the ball rolling. Now, the latest announcement is playing ‘Rock The Ring’ in Hinwil, Switzerland.

The band are thrilled to bring the new line-up and songs to all their Swiss friends and get the chance to play
this festival for the first time.

‘Rock The Ring’ has featured some of the biggest rock acts on the planet including artists like Bryan Adams,
Queen with Adam Lambert and Alice Cooper in the last five years alone.