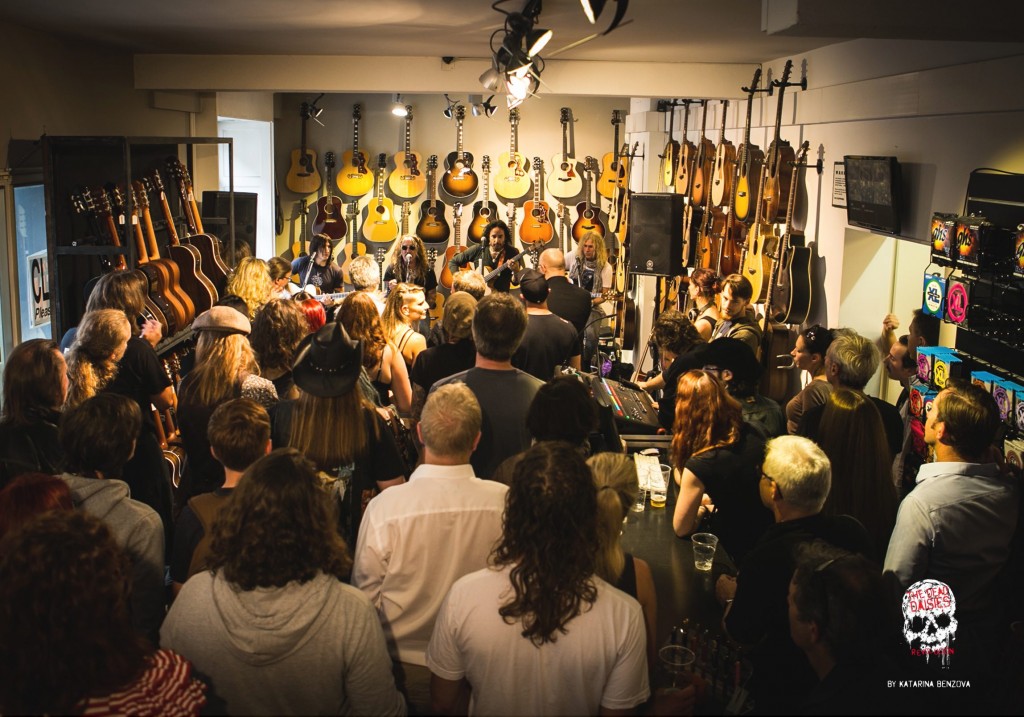 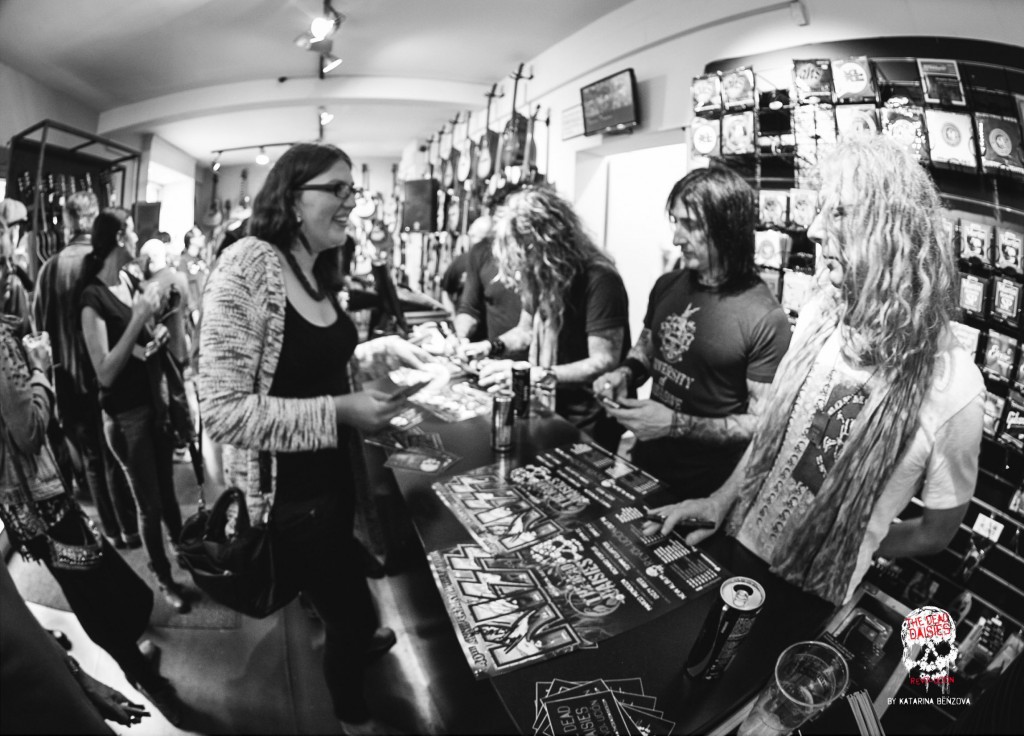 The tour has seen the boys take in some great cities steeped in history and culture, and after leaving one, Prague, they took to the air to head for another, Zurich.

On arrival, the band headed to the hotel before a busy planned schedule awaited them. Once everyone was booked in it was time to go to the biggest music store in Zurich for an acoustic performance.

The store was packed out with fans, musicians and those eager to find out what was going on. With a backdrop of acoustic guitars, what better place could there have been to play an unplugged concert!

After meeting fans and signing autographs, the band headed for an interview at www.musicpub.tv where they chatted and played songs live on air.

Once the work was out of the way for the day, it was time for dinner and exploring the streets of Zurich. 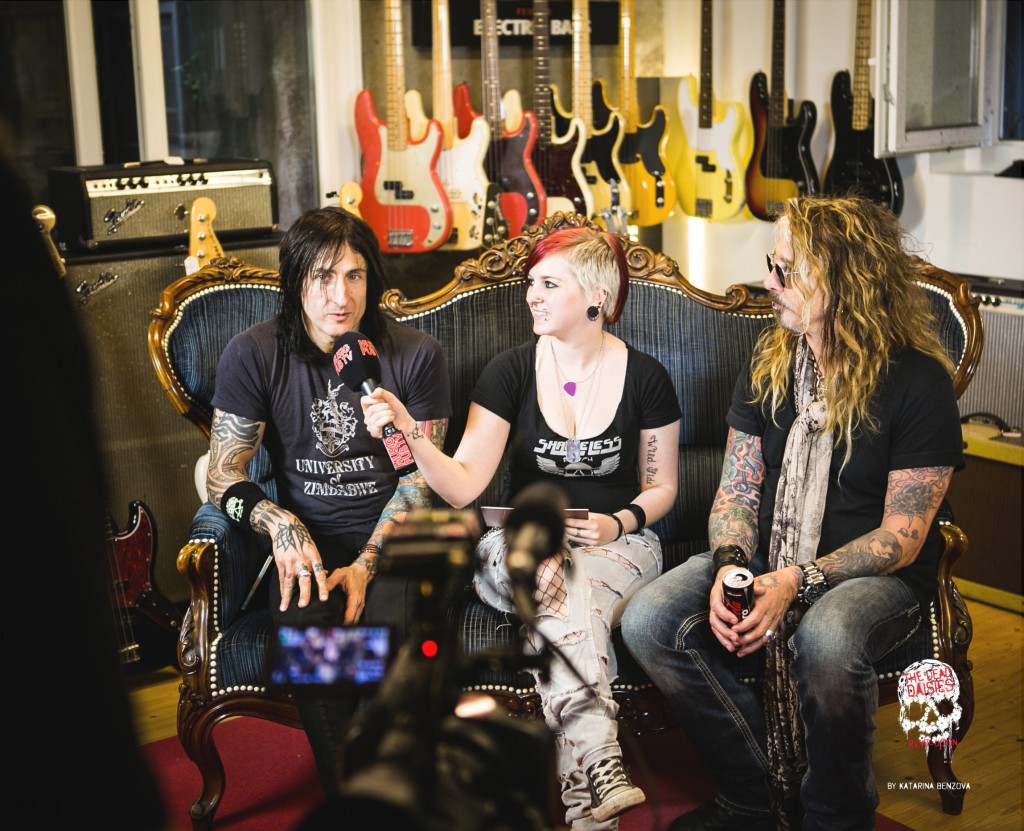 Share on FacebookTweet
DekiThe Daisies perform at a Zurich in store packed out with fans & musicians06.10.2015