Last September The Dead Daisies played a number of dates in Canada including a show in Toronto. The local TV News channel ‘CityNews’ reporter Lindsay Dunn talked to John and Doug about the band, the tour and the Daisyland acoustic shows. Part of the interview was held at a Daisyland show and features some of the Canadian fans that have followed the band since the start. John stated after all these years, “It’s still great to still be invited to the party!” while referring to still being part of a successful band, while Doug figured, “We could be hot tar roofing if we weren’t able to do this!” said with a smile and a large sense of relief! Catch the interview here. 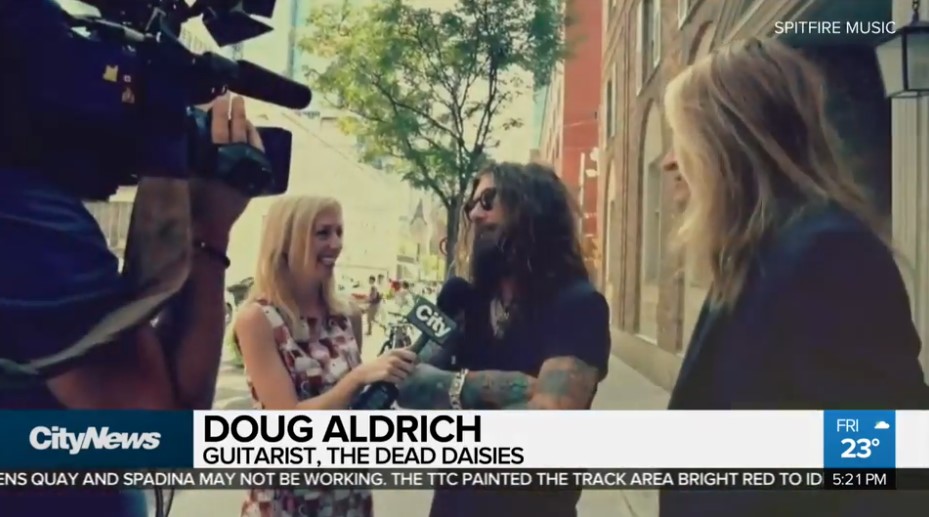