Climbing the World charts with a bullet! 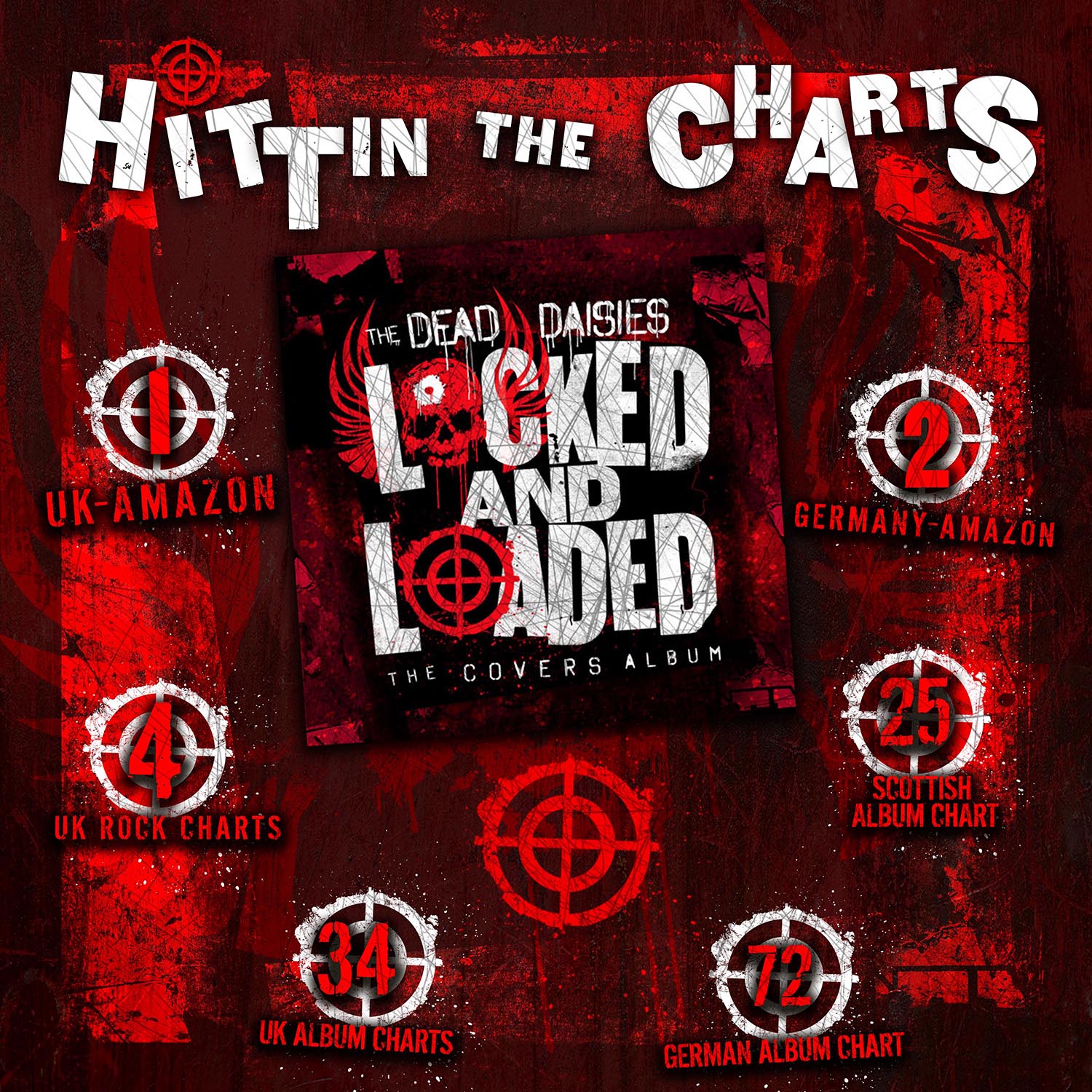 Every album and every tour, moves ‘The Dead Daisies’ to the forefront with music fans, reviewers and industry insiders circle of awareness. The latest release, has gone through the roof! ‘Locked and Loaded’ is a compilation of some of the best songs from the 1960’s and 70’s, with the Daisies putting their own stamp on these classics giving this collection of tracks a brand-new lease of life.

As chart positions stream in from the world over, the popularity of this album demonstrates the high level of support from fans getting Locked And Loaded to the top of the prestigious music  charts.

These include No. 1 on the Amazon chart in the UK with a very respectful No. 2 on the German version. It broke into the national charts worldwide including the Top 30 in the UK while globally, the album made Top 10 in most rock and metal charts including number 4 in the UK official chart while making it into the Top 100 in iTunes charts across the US, Canada and Europe. In an age when bands like the Hollywood Vampires are creating albums with new versions of cover songs, The Dead Daisies prove time and again that they can deliver the goods while putting their stamp on these tracks and continually challenging their peers.

‘Locked and Loaded’ has hit the target with music fans worldwide!

Share on FacebookTweet
DekiClimbing the World charts with a bullet!09.09.2019