As The Dead Daisies come to the end of another week of dates traveling through North America, they arrive in Albany, capital of the state of New York and one of the oldest settlements in the States. These days, Albany is all about modern technology with its own ‘Tech Valley’. 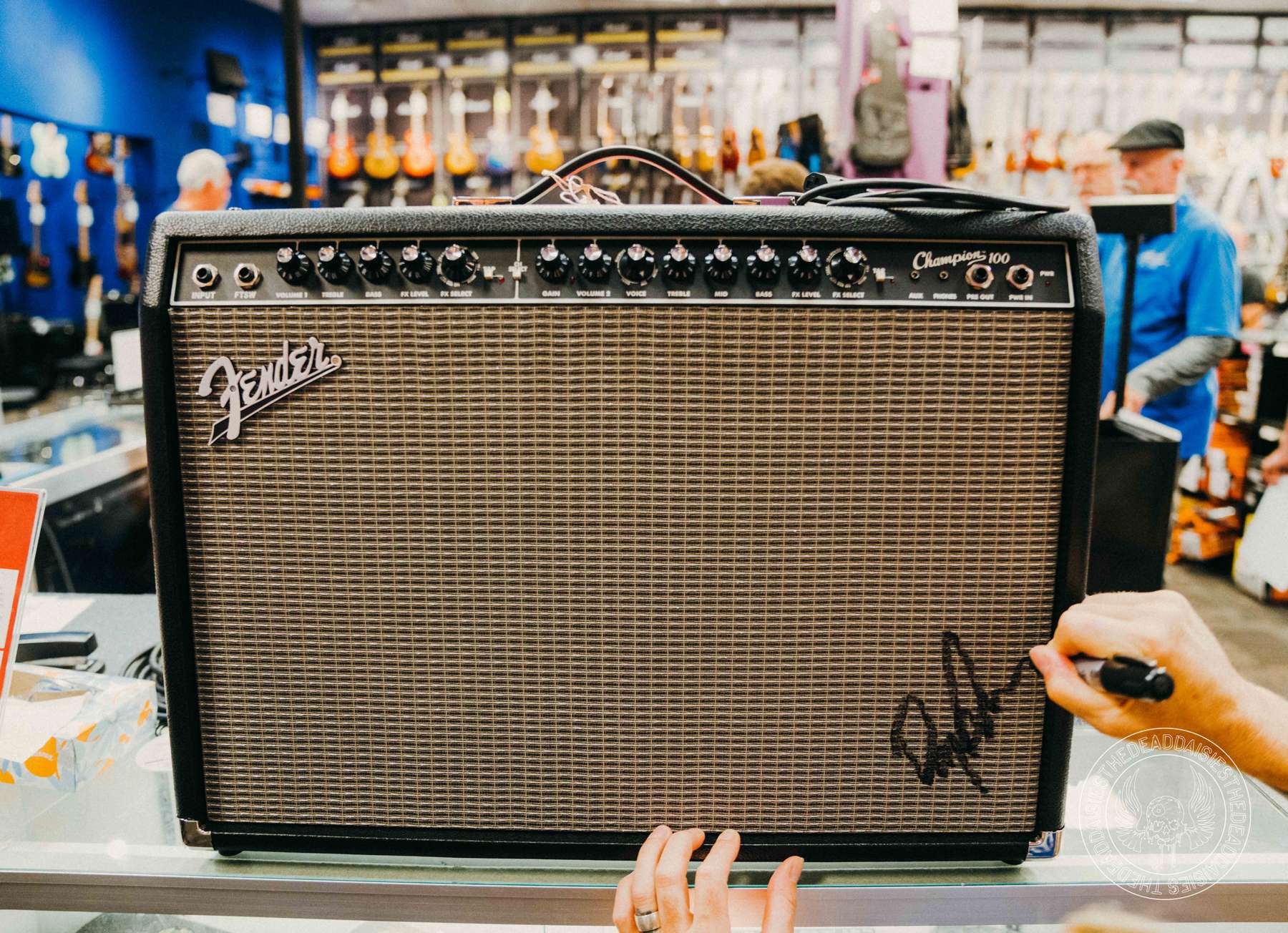 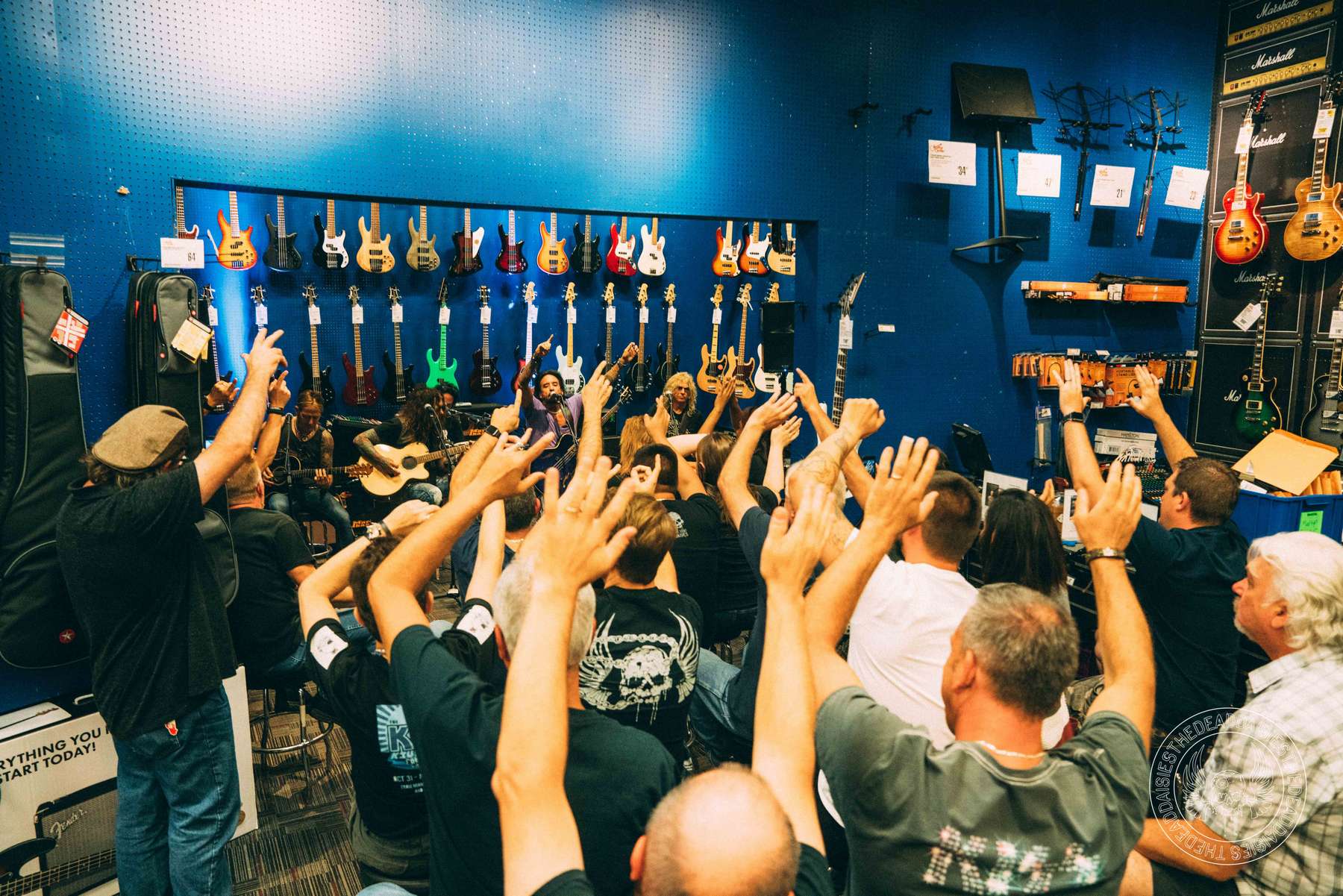 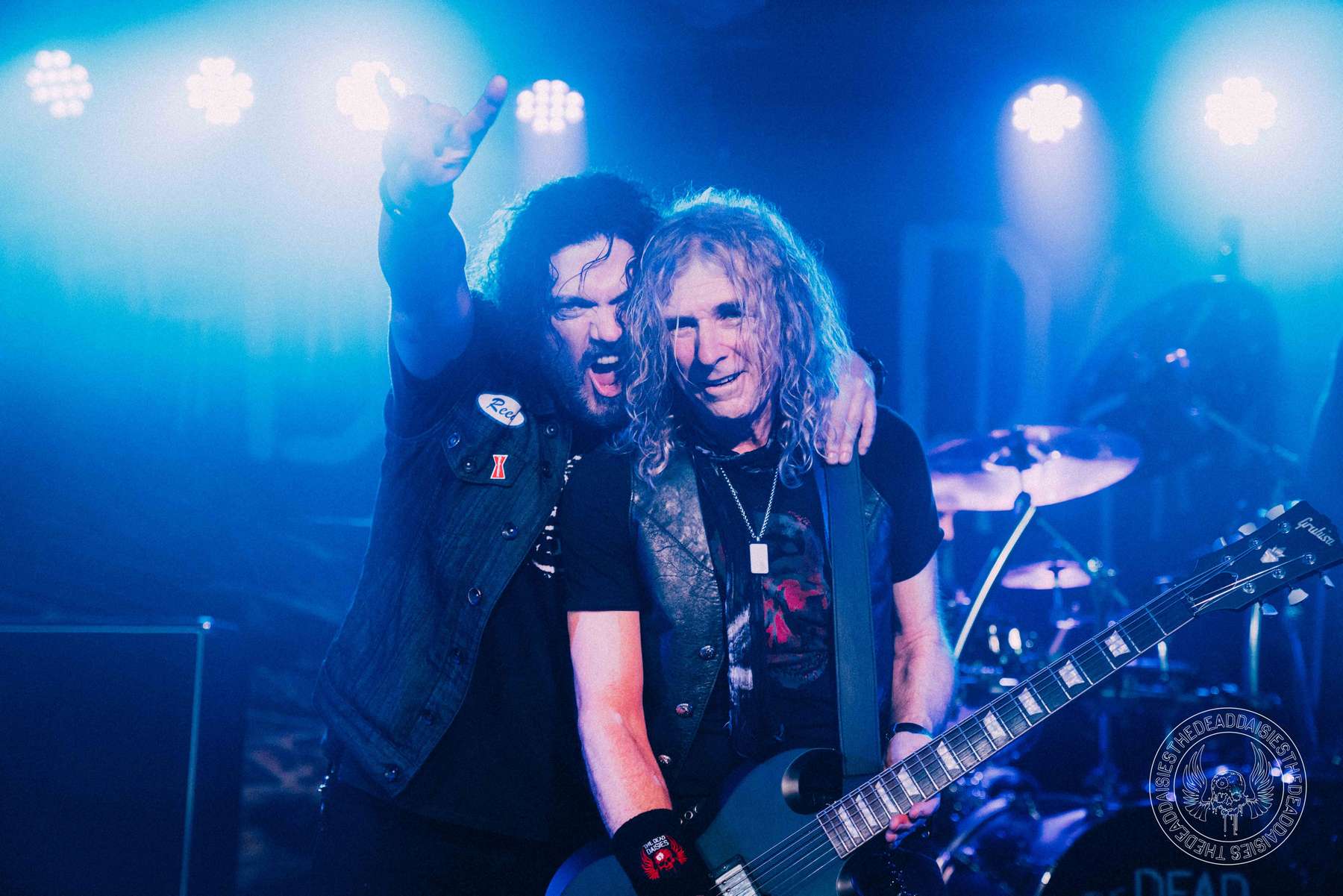 The Guitar Center boasts a great collection of modern technology as well, in all the latest gear it stocks, but today it was stripped back and simple with a few acoustic guitars as The Dead Daisies played another DaisyLand performance. ‘Dead and Gone’ the latest single was given its first airing of the day in its purest form. These performances are going down well with the audience, and many would like to see more of them and in a longer format.

Getting back to using some of the latest technology in effects and amplification, the band made their way to the city rock venue, the Upstate Concert Hall to play to a room full of fans ready to enjoy an evening of loud melodic rock music.

Following the ever charismatic Dizzy Reed and his band, Hookers and Blow, The Dead Daisies arrived on stage, guitars at the ready, riffs loaded and ready to rock! ‘Rise Up’ blasted through as did ‘Make Some Noise’, ‘Song and a Prayer’ and ‘With You and I’ among many others. Doug animated with his collection of guitars, spinning, running and re-acting to the audience as the band closed out the set with another great set of cover songs like ‘Helter Skelter’ driven with a power only The Dead Daisies can provide.

After a few days off, the next adventure is waiting for the band in Nashville. Check the gallery below.