The long anticipated wait for the American tour is over! The band kicked off a series of acoustic shows at local Guitar Center stores in Cleveland with a packed audience which included songs performed by both Deen and David on vocals.

The band will be doing these sets on every night of the US tour to give all of their loyal supporters an exclusive chance to catch songs they’ve never heard like this, and to interact even more closely with the band than they have before. With an added Q&A session as well as exclusive merch that won’t be sold or given away anywhere else, these events will prove to be a great time for everyone involved!! 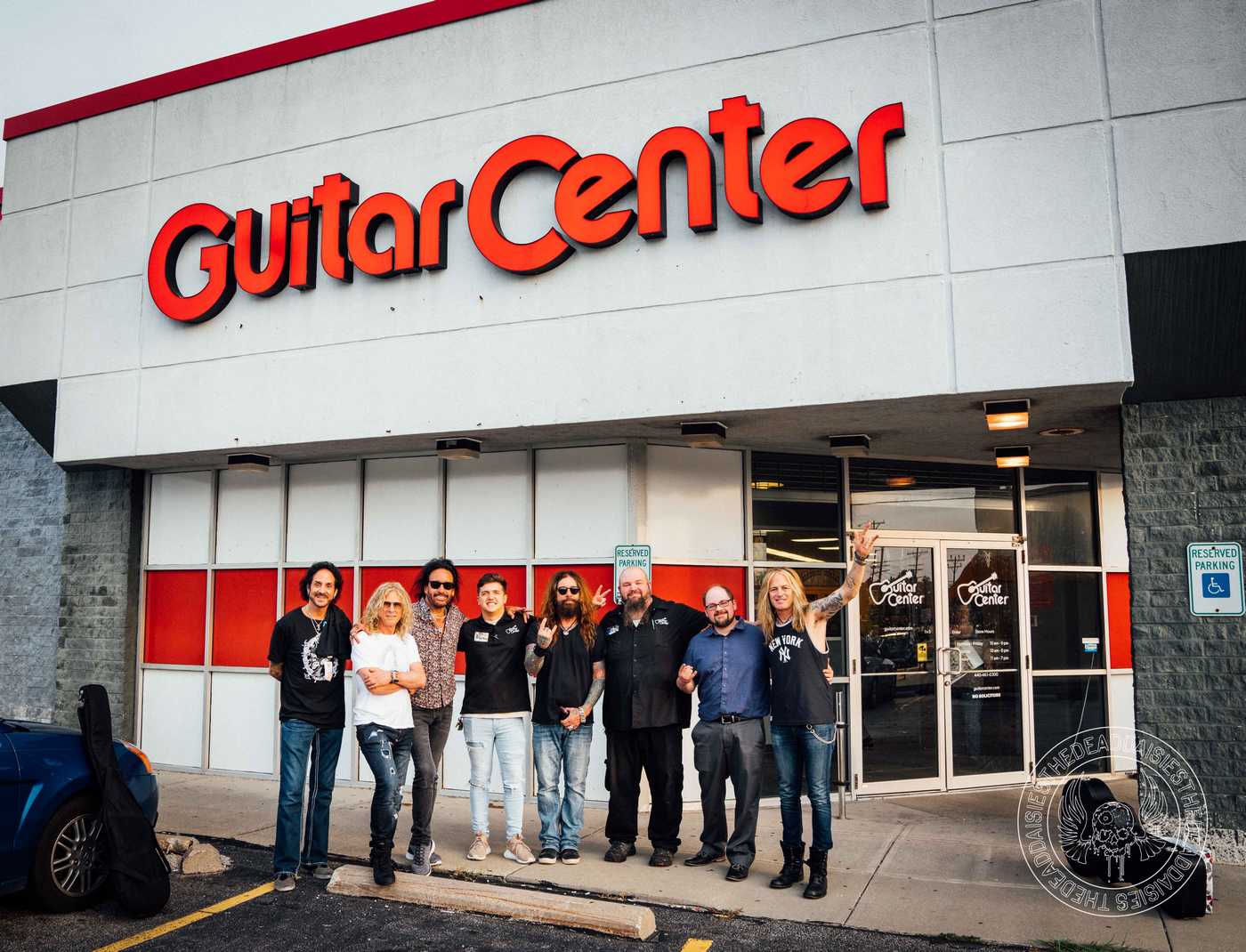 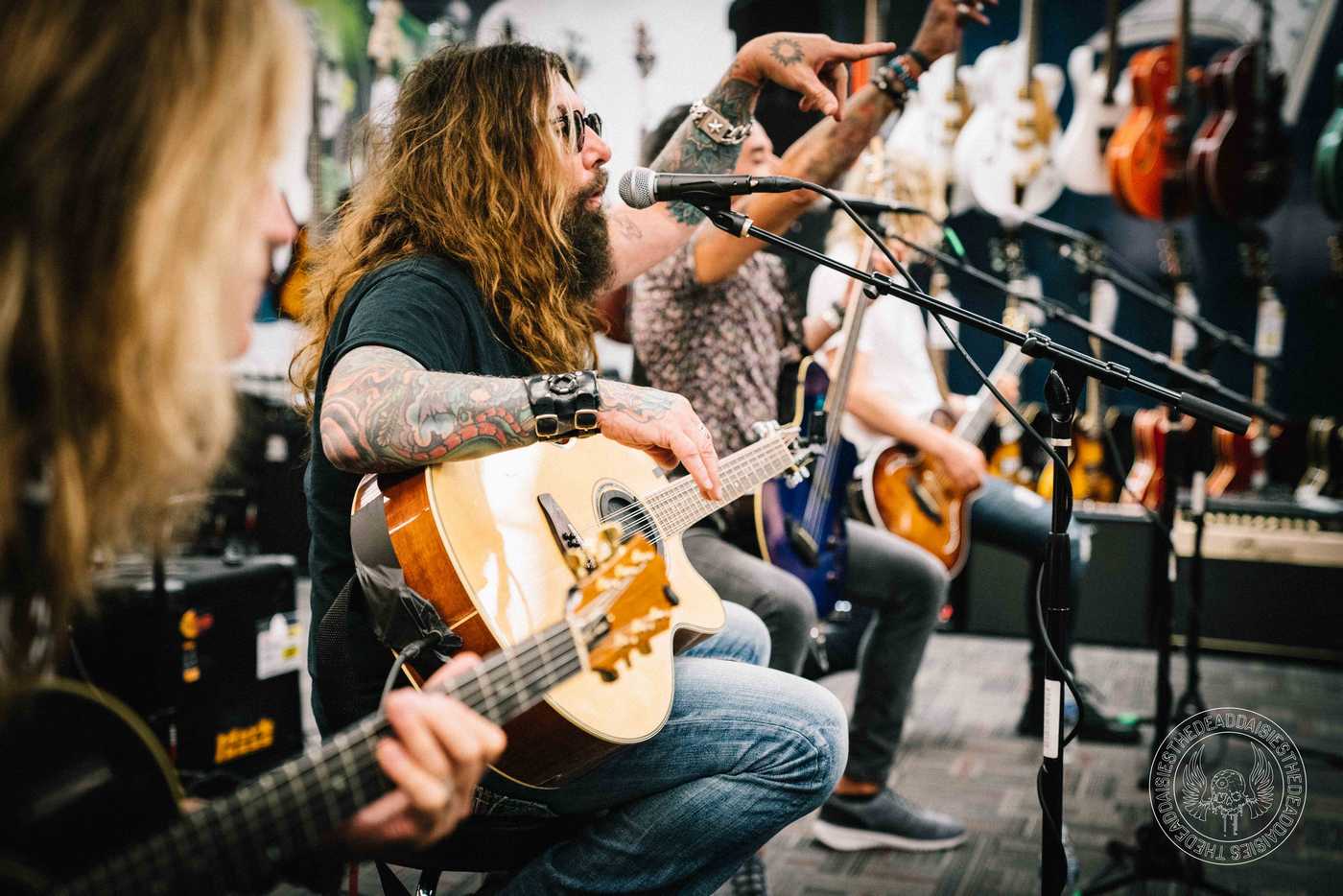 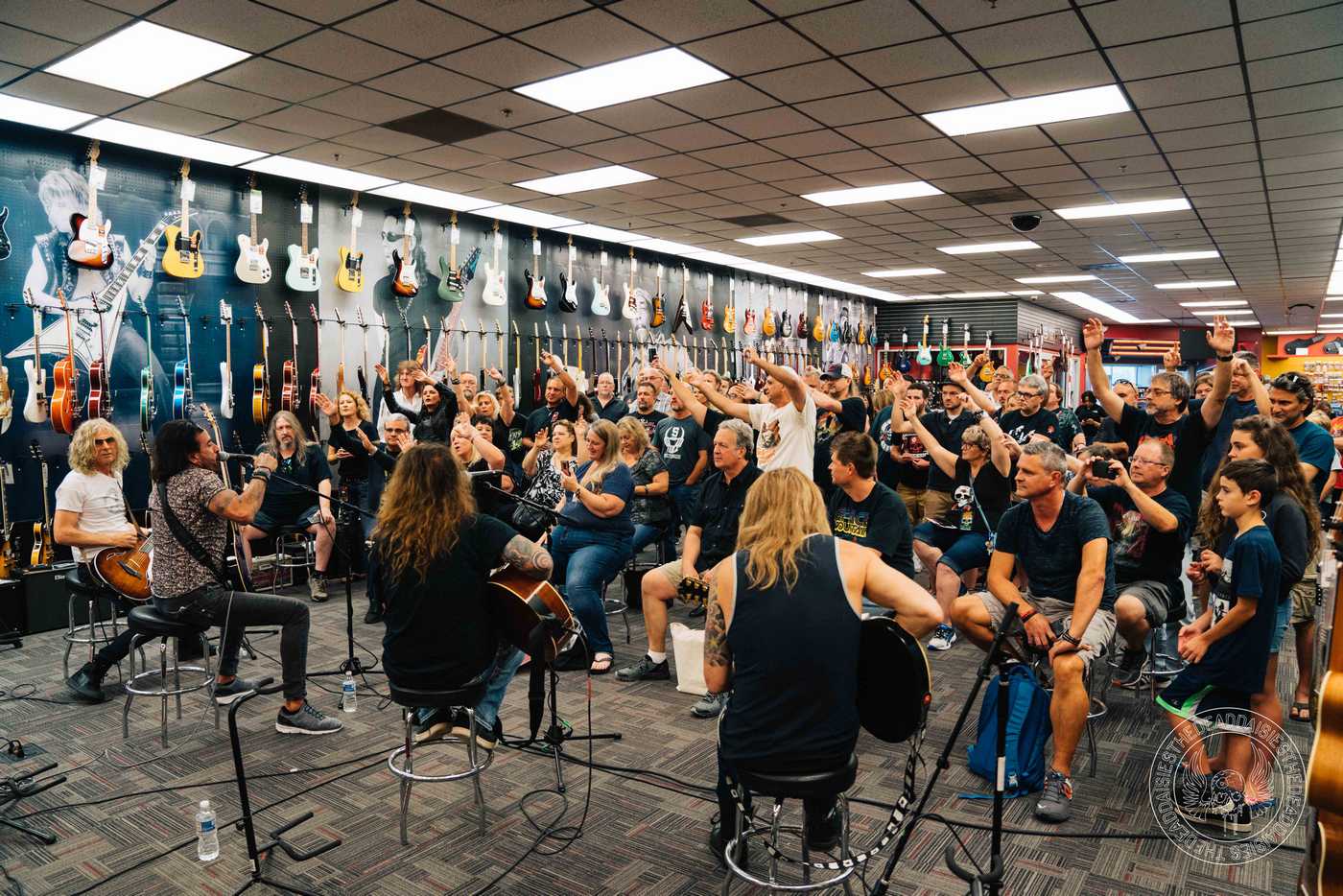 The full electric show later in the evening at the Agora Ballroom in Cleveland kicked off with former Daisy Dizzy Reed and his band Hookers and Blow warming up the audience with their Stones styled swagger before giving way to the crunching riffs of The Dead Daisies.

With a set full of tracks from the new album ‘Burn It Down’ including the title track along with ‘Rise Up’, ‘Resurrected’ and the new single ‘Dead and Gone’ mixed in with a scattering of tracks from all the other albums it made this a great show. With staple covers like ‘Midnight Moses’ and ‘An American Band’ added into the set, the packed audience loved the full onslaught of guitar rock being fired in their direction.

Tonight, it’s off to Fort Wayne for The Dead Daisies, where another Guitar Center set and Rock show are in store for them. Until then, check out last night’s pictures in the gallery below: