Last year was memorable for many things, and one of the highlights was the introduction of ‘Daisyland’ in conjunction with The Guitar Center. This was where the band played an intimate acoustic show in local Guitar Centers across the US before playing a full gig later in the evening. These were run successfully all across the States including appearances in New York, San Diego and Las Vegas among others.

One of the stops was at Lancaster in Pennsylvania where the band played to a packed out Guitar Center, see pictures here.

In-store appearances were once a big thing for bands back in the 1970s, and once again, The Dead Daisies successfully managed to revive the concept much to the delight of many music fans. This kind of show also gave the opportunity to introduce the band to a new audience.

Check out the rest of ‘Daisyland’ Guitar Center galleries here. 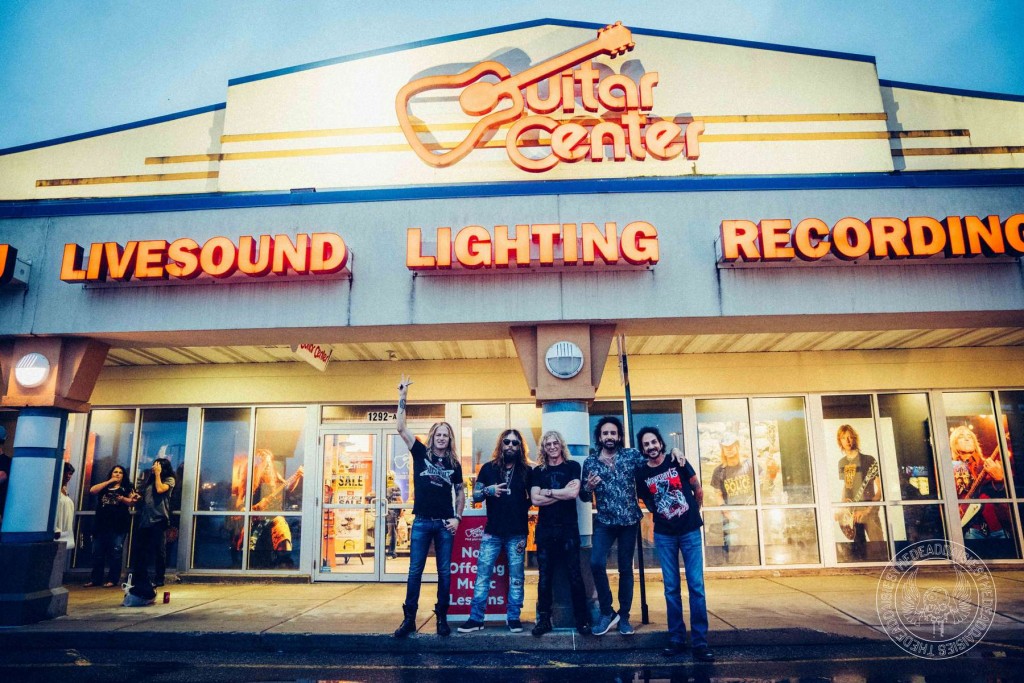