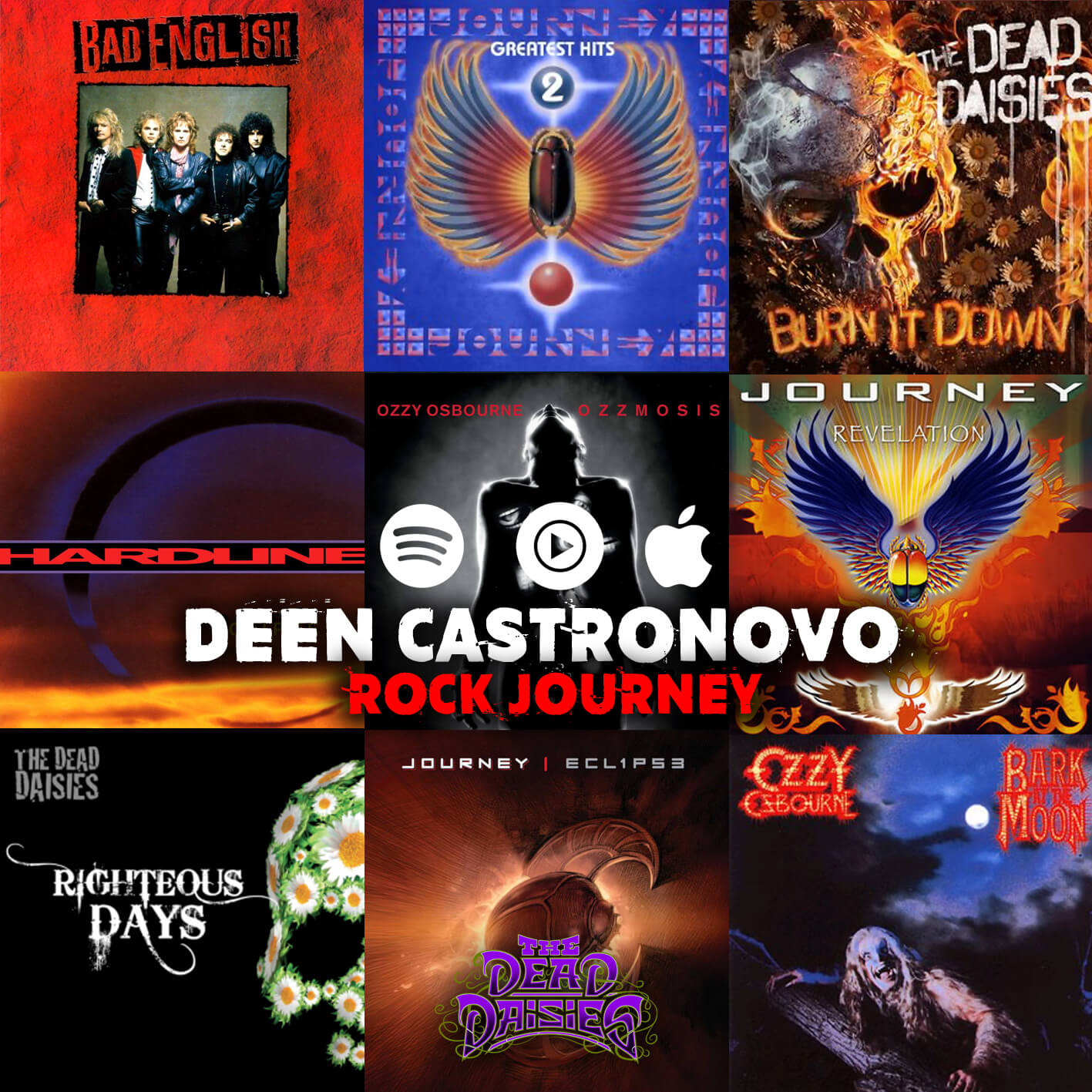 Deen has a huge energy and enthusiasm both on and off stage, and that electric personality has helped him land some of the biggest drumming gigs in Rock over the last 30 years. In his first major band Bad English he was plucked from the club scene by Journey guitarist Neal Schon and ended up having a number one Billboard single with ‘When I See You Smile’. After two albums he headed out with Ozzy Osbourne before rejoining Neal Schon once more for an 18 year stint with Journey. Listen to some of the biggest songs that Deen has both played drums on and on occasion put down some amazing vocals.